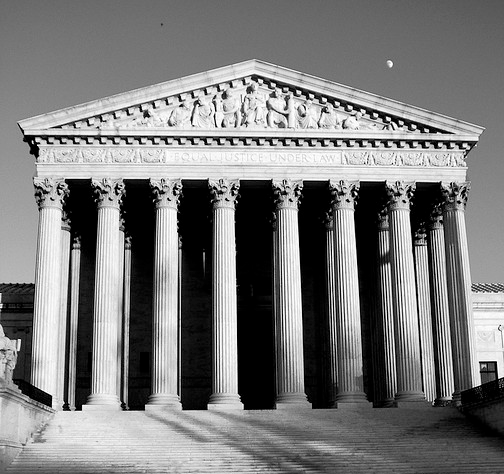 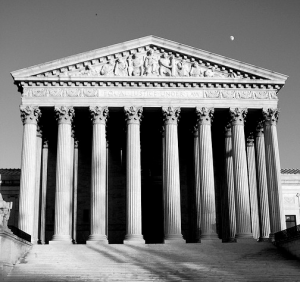 For some time, I have believed and written that the first Latinos to argue a case before the U.S. Supreme Court were the lawyers of the Hernandez v. Texas case, who did so in early 1954 (close to the time that the Brown lawyers re-argued their case). I have also recently written that the 2006 VRA case Perry v. Texas was the first SCOTUS (Supreme Court of the United States) case where Latinos and Latinas were on both sides of the case (Nina Perales, Puerto Rican, on the MALDEF side, and Teodoro Cruz, Cuban, on the State side).

It turns out that I have been wrong in both instances. I am happy to correct this record, and do so here for the first time.

There are likely some Puerto Rican lawyers who argued Puerto Rico cases that came to the U.S. Supreme court before 1950, and someone needs to examine these records. I have not done so, and will consult others about this. One Puerto Rican attorney who signed a number of the briefs on behalf of the Department of the Interior in cases involving Native American Tribes before the U.S. Supreme Court was Pedro Capó-Rodríguez. He was born on the Island, studied law in the states, and became a member of the Vermont bar. It is unclear whether he actually tried the cases. He published articles on the cases in the American Journal of International Law in the 1910s, a fairly unusual level of access to this publication for someone not an academic. There may be other Latinos/as who served as government lawyers during these years, and the identification of Latino ethnicity is, as always, problematic. This type of identification is an art, not a science.

In 1951, Manuel Ruiz, Jr. (1931-1986), a Mexican American lawyer and civil rights activist in the Los Angeles area, argued Buck v. California, 353 U.S. 99 (1952), before the Supreme Court. This predates the Hernandez arguments/decision in 1954. I have looked at the Ruis, Jr. files, which are archived in the Stanford Special Collections—where the MALDEF collection is also housed — but I was not researching Ruiz per se, so did not go through the files as carefully as I might have (or will, next time).

Interestingly, neither the Stanford Collection headings nor the extensive introductory biography include mention of his having argued Buck, a case involving taxi licenses. (His clients lost the case, in a 5-4 decision.) While his civic involvement is well-known, and has been examined by several leading Latino scholars of the period (such as George J. Sanchez and Mario T. Garcia, among others), his status as the first Mexican American to argue before the SCOTUS is not mentioned.

As a very minor note, he also appears in 1963 public records as the family law attorney to socialite Joan Tyler in a paternity suit involving actor George Jessel, suggesting that he was a well-connected and successful lawyer across several fields. I spoke about the Hernandez case quite extensively with one of the four Mexican American lawyers involved in the case, Judge James DeAnda, and he was of the impression that no Latino or Latina attorney had argued before SCOTUS before his case. My recent discovery now leads me to believe he was mistaken, and it likely reflects the lack of a national Latino bar at the time, and of poor state of professional communications then, in contrast to the present day, where we are all so well-connected.

With the caveat that I have not been able to review all the SCOTUS cases argued on Puerto Rican issues, the first known Latina to argue before the United States Supreme Court appears to be Miriam Naveria de Rodon, who argued Examining Board v. Flores de Otero, 426 U.S. 572 (1976), in 1975.

Naviera de Rodon argued against Max Ramirez de Arellano, and both parties were on the brief. I now believe this to be the first time two Latinos appeared on both sides of a Supreme Court matter. This revises my earlier assertion that Perry v. Texas was the first such case. I have attached a PDF copy of Flores de Otero, and the oral argument is recorded here. (This wonderful service did not begin until the October term after Hernandez, and so does not help with cases argued before then, including Hernandez and Buck.) Flores de Otero is an interesting immigration case, well-known to immigration teachers. To an extent, Puerto Rican lawyers arguing Puerto Rican cases in the US Supreme Court are a special category, but are no less important to the history of Latino/Latina lawyering.

Following Naviera de Rodon’s argument, Vilma Martinez, the first known Mexican American woman to appear before the Supreme Court, argued East Texas Motor Freight Sys. v. Rodriguez, 431 U.S. 395 (1977). At the time, she was the President and General Counsel of MALDEF; at present, she is the U.S. Ambassador to Argentina.

I was informed of several of these developments last week by Maria G. Mendoza, a native New Mexican who graduated from Arizona State University’s law school in 2009, clerked for Judge Vanessa Ruiz of the D.C. Court of Appeals, and is in private practice in the D.C. firm of Brustein & Manasevit, P.C. Her research on Latinas to argue before the nation’s high court, from 1950 to 2009, reveals only thirteen known Latinas have argued before the Supreme Court of the United States. I have encouraged her in this research, and will assist her in distributing the information as she continues this important scholarship. Pedro Malavet also assisted in this correction.

It is also quite clear that there is much historical research to undertake on these issues, including many possibilities for written student law review work and seminar papers. In this vein, University of Houston will be hosting a conference in January, 2012 on Alonso Perales, an early Texas lawyer and public intellectual.