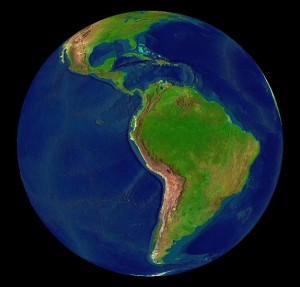 I can’t believe I missed this one, but back in December The New York Times’ Nicholas Kristof wrote a column in which he said that learning Chinese is great, but the U.S. really, really needs to learn Spanish. While reading the column I realized that, while Kristof may be a renown renaissance man when it comes to the third world, he kind of missed the boat when it comes to Latinos and Spanish.

For example he said Spanish wasn’t “prestigious” and implied it was easy to learn, which is funny, because I’ve been learning it forever and still feel like I don’t have a firm grasp of it. He also said that Latin America is “finally, getting its act together,” a strange statement coming from a columnist in the U.S., which I would argue, is also still getting its act together.

But the main thrust of Kristof’s column rings true:

As the United States increasingly integrates economically with Latin America, Spanish will become more crucial in our lives. More Americans will take vacations in Latin America, do business in Spanish, and eventually move south to retire in countries where the cost of living is far cheaper.

Another reason to bet on Spanish is that Latin America is, finally, getting its act together. Of all regions of the world, it was arguably Latin America that rode the recent economic crisis most comfortably. That means that Spanish study does more than facilitate piña coladas on the beach at Cozumel. It’ll be a language of business opportunity in the coming decades. We need to turn our competitive minds not only east, but also south.

I give Kristof a half-bravo on this column and urge him to get to know more about Latin America, even if it’s still “getting its act together.”