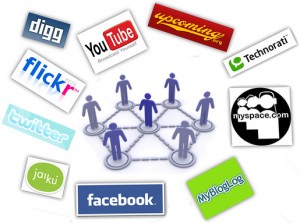 Media will not be consumed on TV or computers we know them in the future. Even now, smartphones and tablets are increasingly peoples’ gateways to the Internet, and by extension, the greater world. I would argue that, given Latinos’ proclivity for loving their mobile phones — and smartphones in particular — this segment of the population is set to be the perfect new media consumer.

First, the smartphone penetration rate for Latinos is among the highest of all ethnic groups — 45% — which means almost half of Latinos with cell phones use them for the Internet. As a matter of fact, 47% of these Latino smartphone owners access email with their phones and 36% access Facebook — stats higher than for any other group. In short, Latino smartphone users are all about entertainment, or leisure, when they go online.

Then, pair the fact that Latinos own, or plan to own, technology at a higher rate than other ethnic groups and that Latinos account for much of the population and economic growth around the country, and you realize that none of this is a coincidence. Latinos use technology, they have the money to buy technology and the motivation to consume it.

This is especially salient in light of the new ways in which media is being delivered. News Corp. just launched its iPad-only news source, The Daily, and The New York Times has said it will be launching its own similar version. Which means, of course, that you’re not going to need a TV or straight-up desktop computer to keep up with the times anymore.

What’s more,Facebook and Twitter are increasingly being used not only as personalized blogs, but more importantly, as the primary and initial source of news information about anything. For example, when the Pittsburg Steelers and Green Bay Packers were advancing to the Super Bowl, Facebook saw 6.5 million related status updates made by 4.6 million people — what other media outlet could boast those numbers during those key moments? And all of this, of course, explains why companies like Google are investing big bucks and resources into figuring out how to make more money on the estimated $5 billion Latino media market.

Exciting stuff, especially since maybe when NewsTaco gets a phone app, my friends will be able to read posts like these!