I had an interesting Thanksgiving this year, not only did I get to hang out with my tía abuelita, but a cousin from Monterrey, Mexico was in town. He also invited a friend, a former magistrate from Colombia who fled to the U.S. after the rise of the drug cartels in that country.

My family, at least one side of it, came from Monterrey to the border and then to the Texas side of the border. I am familiar with some of the family that is left in Monterrey, but I had never met this cousin in particular. Let’s call him Checo.

I asked him what life was like for him and his family in Monterrey. How do you go outside knowing you could die on your next trip to the grocery store? His response surprised me and kind of scared me, and made me truly grateful for the sacrifices my family has made so that I could enjoy such a privileged life in this country. So, what’s it like living in Monterrey these days? 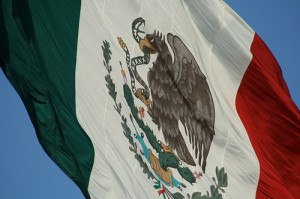 “Si te toca, te toca. Yo no voy a vivir en una jaula,” Checo said. Translated it’s something like, “If it’s your time to go, it’s your time to go. I’m not going to live in a cage.” The whole city lives in a tense state of nervous anticipation, wondering what streets will be blocked, whether they’ll be stuck in a gun fight between the cartels and military/police, whether they’ll come home.

What’s worse, he told me, is the paranoia of not knowing who’s working for whom. Street kids are starting to earn a living from the gangsters, who pay them and give them cell phones to let them know where the army or police are. They get paid for setting up the authorities, essentially.

But perhaps the scariest thing about living in Monterrey these days, according to Checo, is the knowledge that the government, authorities, institutions, police and army are completely powerless to put a stop to the violence. They are powerless, and so people like Checo, are the complete mercy of the cartels. I admired Checo’s frankness and refusal to hide, but as we’ve reported, the violence is getting closer and closer to our side of the border. If and when it gets here, I wonder what my attitude would be.