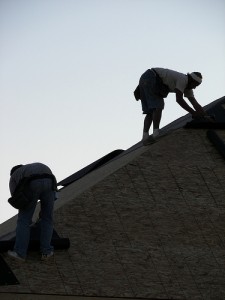 Remember that movie “A day without a Mexican?” It was about what would happen in the US if all Mexicans were to leave, not go to work, not be around. Well here’s and interesting snap shot that’s very to the point:

In Prince William Virgina, ever since a law went into effect in 2007 that, according to the Washington Post, “requires police officers to check the immigration status of all people arrested on suspicion of violating state or federal law,” the following has happened:

The statistics are the result of a three-year $385,ooo study commissioned by the County.

County officials are quoted as saying that the downturn in Latino population coincided with the downturn of the economy. But the Washington post had anther spin on the numbers: “Before 2006, the county saw “explosive” growth in its Hispanic population, which almost doubled from 2000 to 2005. The growth rate leveled off after the implementation of the county’s new policy, however, and it continued to grow in the rest of the Washington area, the report says. The report states that Hispanics are avoiding Prince William and that the county, therefore, did not succeed in implementing an immigration policy without damaging its reputation as a welcoming place to live.”

Seventy-six percent of Prince William residents say they are satisfied with the policy.