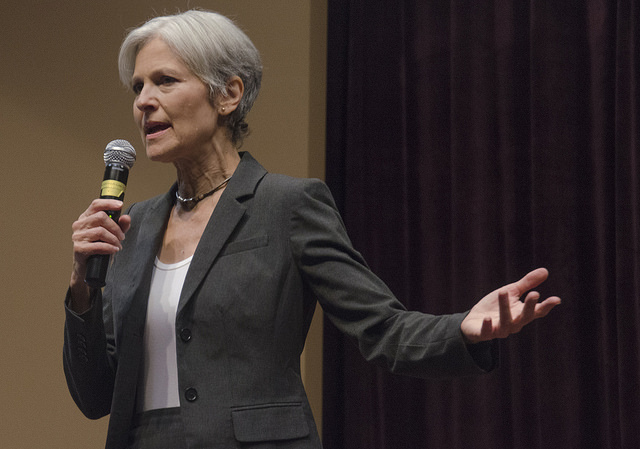 *I’m not a fan of the whole Latinx thing because I get mired in pronouns: is it hx, shx, thxm, hxr, and what about our? Xxr? Anyway . . . VL

On September 29, Green Party nominee Jill Stein’s campaign sent out an email with the title, “Join our Latinx movement!”, marking the first official appearance of the term “Latinx” in the 2016 election. The term, which arose from the desire to find a non-binary, gender inclusive word to refer to our community, has been gaining traction since it first came into use online in October of 2014. Today, it’s increasingly common to see “Latinx” used in media headlines (including some of our own), academic texts and activist literature – but the word has not arrived on the scene without its fair share of controversy and resistance. In 2016 much ink has been spilled making cases for or against the term – and in the comments of Remezcla posts we frequently see our usage of the term hotly debated.

This isn’t entirely surprising, considering that there is still no consensus in our heterogenous community about what the best terms to label or describe ourselves are. The two most common terms used to group us – “Latino” and “Hispanic” – are also contentious. Some use them interchangeably, even though they are subtly different (“Latino” refers to any person of Latin American descent living in the United States, while “Hispanic” refers to people who share Spanish as a common language). Ask those of Latin American descent living in the United States what term best describes their identity, and you’ll surely get many different answers, with just as many reasons why people prefer one term over another. READ MORE