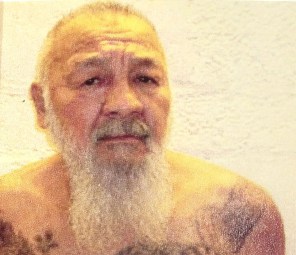 *Sam Quiñones always writes fascinating stuff. This time he tells us the latest about California’s Latino criminal underground. The history of California’s criminal groups is a part of the history of Latinos in the West coast. VL

Mexican Mafia prison-gang member Peter “Sana” Ojeda, a pioneer in the Southern California underworld, was found guilty by a jury [last week] of a slew of racketeering charges in a federal court in Orange County.

In 1992, Ojeda held meetings at Salvador Park in Santa Ana, bringing together warring Latino gangs from across Orange County.

It was a stunning moment that showed the power of the Mexican Mafia in the barrios, sworn mortal enemies stood docilely together as Ojeda, from atop baseball bleachers, told them to stop the feuding and drive-by shootings.

The so-called Peace Treaty spread from there to Latino gangs across Southern California, during which Mexican Mafia (Eme) members banned drive-by shootings.

In the end, though, the peace treaty proved a Trojan Horse. Eme members used the newly discovered obedience of Latino street gangs to set up a vast business model of using thousands of gang members to tax drug dealers in barrios across the Southland, then funnel the proceeds to Eme members and their relatives in prison and on the streets.

The new system, which remains in place today, transformed the region’s Latino street gangs from neighborhood entities into money-making enterprises. Neighborhood gang loyalty disintegrated, as feuding over money, taxation, the favor of Eme members, turned gang members against each other. It also led to mass defections of gang members from the Mafia structure inside California prisons.

Spotty and haphazard though it often is, the Eme’s drug-taxation system amounts to the only region-wide organized crime syndicate Southern California has ever known.

Ojeda was convicted of running the Orange County operation – ordering murders, extortion and more – from his federal jail cell, where he’d been since his arrest on a prior racketeering charge in 2005. He was helped by his girlfriend, Suzie Rodriguez, who was also convicted. Both will be sentenced in May.

Still, it’s hard to imagine this will be the real end of Sana Ojeda. Mafia members, most of whom are doing life in maximum security prisons, routinely run these operations with the help of go-betweens on the street.