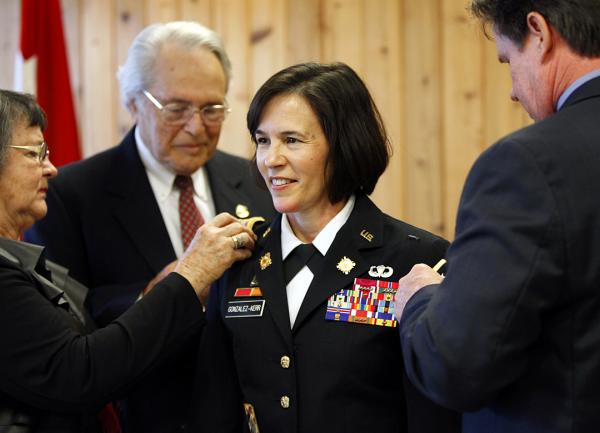 *This past week Colonel Valeria Gonzalez-Kerr was promoted to the rank of Brigadier General in the Florida National Guard, she’ll be assigned as Assistant Adjutant General. General Gonzalez-Kerr has an impressive military record dating to 1984 when she was commissioned through the Reserve Officer Training Corps. She entered active duty in the U.S. army in 1986. VL

During the 10:00 a.m. ceremony, Gonzalez-Kerr was promoted to the rank of Brigadier General. Her assignment will be Assistant Adjutant General – Support for Florida.

General Gonzalez-Kerr began her military career in 1984 when she was commissioned a Second Lieutenant through the Reserve Officer Training Corps. She entered into active duty in the United States Army in 1986 as a Reserve Army Quartermaster Officer.