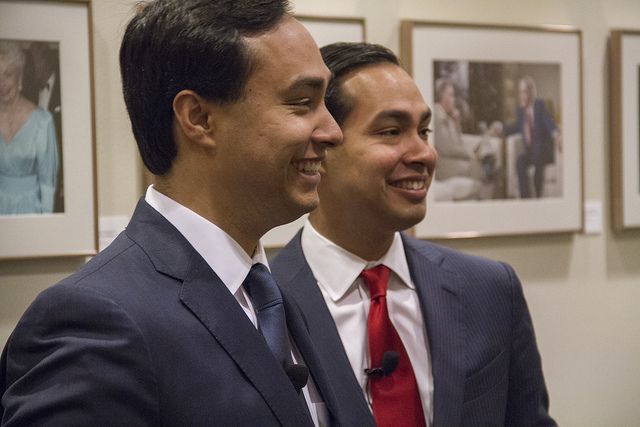 It’s become evident that a double standard exists when it comes to the virtue of speaking our mother tongue.  Recently, Julian Castro and Ted Cruz were vilified for not being able to speak Spanish.  Yes, apparently it’s an embarrassment if you are a Latino and can’t speak Spanish.  If Anglos speak Spanish they are considered sophisticated because they are bilingual but if a Latino speaks Spanish there is some suspicion as to the degree of his Americanism.  A Latino columnist whom we all love and respect pointed out just the other day that this was a double standard and not appropriate.  What he failed to point out was why this condition exists and how it came about.

[pullquote][tweet_dis]If Anglos speak Spanish they are considered sophisticated, but if a Latino speaks Spanish there is suspicion.[/tweet_dis][/pullquote]

How Many Latinos Speak Spanish Today in the USA?

According to the United States Bureau of the Census, 2013 data, [tweet_dis]there are 37.8 million Spanish Speakers in this country of which 92.6% are Latinos of various nationalities. [/tweet_dis] The United States has more Spanish Speaking people than all countries except for Mexico as of 2013 according to Instituto Cervantes.  [tweet_dis]Of the 54 million Latinos in the United States 69.6% speak some Spanish in their households.[/tweet_dis]  The level of fluency is difficult to measure and depends upon the intensity of usage, emphasis of the use of Spanish by the family and immigration generation.  [tweet_dis]Some Latinos have never been taught Spanish by their parents[/tweet_dis] while others have had intense language training at home and in the schools or it was their native language upon entering the United States.  One reason Spanish is so persistent is because it is constantly being influenced through immigration streams and this country’s proximity to Mexico.  Some Latinos have lived and worked in various Spanish Speaking countries so have been in environments where they have been able to maintain high levels of fluency.

Being raised in a household where only English was spoken, except by my maternal grandmother, I wondered why my home was so different from others in our neighborhood.  I harbored a childhood embarrassment that I could not speak Spanish like my friends did.  This weighed heavily on me throughout my lifetime.  On my own initiative I tried learning to no avail because I could never find a structure that fit my schedules as I advanced through my professional career until I met my wife who showed me the way.  I took classes, read incessantly, finally acquired fluency at the level where I taught graduate classes and gave lectures in Spanish in Argentina.  I still feel dominantly English but really enjoy my Spanish proficiency.

I enquired as to why my family refused to use Spanish at home, even though both my mother and father were fluent, until I discovered the philosophy of the early LULACers.  LULAC (League of United Latin American Citizens) formed in order to fight discrimination against Latinos in Texas in 1929.  Besides confronting the power structure in various social and political settings they chose to raise their families like Americans did.  The LULACers felt that one way of fighting discrimination was to assimilate their children as Americans, in some cases making them more American than Americans, so they would not be looked down on in the classroom and work place.  As a result, entire generations of Mexican Americans grew up not hearing, speaking or reading Spanish as a protection against discrimination.

[pullquote][tweet_dis]Entire generations of Mexican Americans grew up not hearing, speaking or reading Spanish as a protection against discrimination.[/tweet_dis][/pullquote]

When I was going to elementary school if a child spoke Spanish they were punished.  Some had their mouth washed out with soap, others had to kneel in the middle of the baseball diamond holding bricks in their hands, while others were made to write thousands of standards declaring that they would never speak Spanish again.  Essentially, Anglo teachers conducted cultural genocide against those who spoke Spanish.  Rich Anglo children who spoke Spanish were considered cultured, we were considered less American if we spoke the language of our mother country.

So, on one level that other pundit is accurate there is a double-standard the way some of our Latino politicians are criticized for not speaking Spanish, but there are historical reasons for this situation. I suppose each politician can change their language proficiency if they so wish but I think this is a personal decision and not a reason for not supporting them politically.