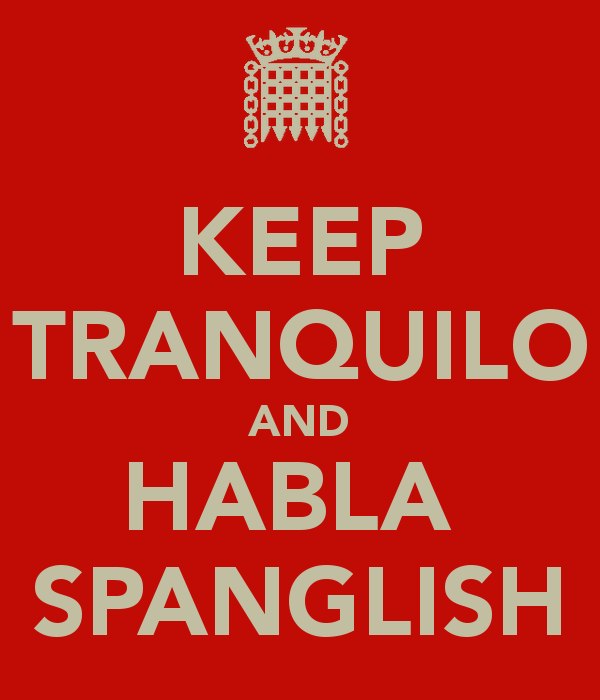 *Seventy percent of Latinos ages 16 to 25 use Spanglish. I think this is the most salient statistic in this report. It points to a linguistic future that mirrors our hybridized ethnicity. Latinos are a blend of many races, and our language is a blend as well. The Spanglish number tells us that we’ll continue to blend, to transform and be transformed. This point, though, was in the last paragraph of the report. VL

Latino adults who are the children of immigrant parents are most likely to be bilingual. Among this group, 50% are bilingual, according to our 2013 survey. As of 2012, Latinos with immigrant parents (defined as those born outside the U.S. or those born in Puerto Rico) made up roughly half (48%) of all U.S.-born Hispanics. By comparison, a third (35%) of Hispanic immigrants are bilingual, as are a quarter (23%) of those with U.S.-born parents.

Widespread bilingualism has the potential to affect future generations of Latinos, a population that is among thefastest growing in the nation.