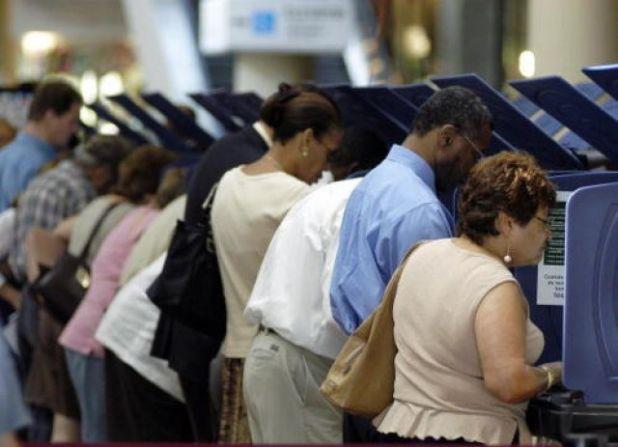 FALSE:  This bold statement has been repeated in many times, based on an article in the NY Times. That article, in turn, based it’s reporting on a national Associated Press survey. This survey is notoriously problematic when measuring the Latino vote, and its Latino election exit poll methodology has been questioned on more than one occasion.

FALSE: According to a Latino Decisions survey of high-propensity voters (55% had already voted), Abbott won 32% of the vote, which in Texas is common for a Republican.

THE LATINO VOTE INCREASED SINCE 2010

MAYBE: In real numbers, probably, because each passing year there are more Latino voters in general. But what really matters is the ratio. Did more Latinos vote in relation to the rest of the population? There are no exact figures, and it‘ll take a more precise analysis of the voting precincts to know for sure.

THE LATINO VOTE HAD LITTLE IMPORTANCE IN THIS ELECTION

FALSE: There are reasons to believe that the Latino vote did matter, but for the wrong reasons: Latino voter absence, lack of enthusiasm and mobilization in key states, and confusion regarding certain candidates. A good example is Democrat Udall in Colorado. His campaign had little Latino mobilization and was generally silent about Latino issues. For example, 47% of voters did not know that Udall favored immigration reform.

LATINOS DIVIDED THEIR VOTE IN GEORGIA, GIVING A REPUBLICAN GOVERNOR 47% OF THEIR VOTE

FALSE:  National and state surveys made numerous mistakes regarding the Latino vote in Georgia: they underestimated the vote, they used “robopolls” (robot surveys) to estimate that Latinos would vote Republican (and only used 38 Latino voters to estimate it, a very small sample). According Latino Decisions, which surveyed 400 Latinos who had already voted or were high-propensity voters, 27% of Latino voters voted for the Republican governor while other surveys claimed that vote was of 47%.

LATINOS WERE LESS ENTHUSIASTIC TOWARD DEMOCRATS

FACT: While Latino voters maintained a high support for Democratic candidates (except Cubans in Florida), the enthusiasm toward the Democratic Party was lower than usual, and this was reflected in lower percentages for the party than in three previous elections (about 65-69% versus more than 70% in previous elections). Also, 36% of Latinos said that the Democratic Party does not care much or is sometimes hostile towards the Latino community. But the standing of Republicans among Latinos is worse.

SOME REPUBLICANS IMPROVED THEIR PERCENTAGE OF THE LATINO VOTE

FACT: According to Latino Decisions, Brian Sandoval, Governor of Nevada, won 47% of the Latino vote. A marked increase from 2010, when he had only 15% of that vote. Sandoval had no real opposition and in his first term he made popular choices among Latinos, such as supporting driver’s licenses for undocumented workers, investing in education for English learning and supporting the expansion of Medicaid.

A version of this article was originally published in La Opinion.

Pilar Marrero is the national immigration reporter for ImpreMedia and author of “Killing the American Dream.”