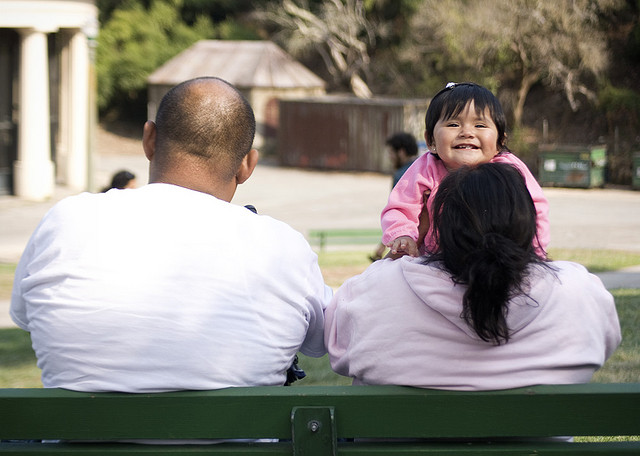 Hispanic men are more likely than non-Hispanic white men to suffer from paternal depression during the first five years of parenthood.

According to research published in the journal Pediatrics, symptoms of depression increased by approximately 68 percent among fathers during the critical first years of child development. Those who experienced parental depression the most frequently were also around 25 years old when they became fathers and lived with their children.

“There’s been a significant body of literature describing the effect of mother’s depression on child development, and the health care system has tried to rise to the challenge of identifying mothers with depression,” says Craig Garfield, lead author of the study. “Fathers have not been on the radar screen until recently. Now we know that … right around the time of the birth is an important time to try and capture and screen those dads.”

Previous research from Garfield indicates fathers who are depressed will use more corporal punishment, read less and interact less with their children, and are more likely to be stressed and neglect their children. Consequently, those children are at risk for having poor language and reading development and more behavior problems and conduct disorders.

For Hispanics, the National Alliance on Mental Illness (NAMI) indicates depression occurs at a higher rate compared to most other ethnicities, even when not accounting for parental depression specifically. Though Hispanic women tend to be the most likely to experience depression and issues with mental illness, Hispanics in general are considered a high-risk group for depression, anxiety and substance abuse.

Unfortunately, when it comes to depression–parental or otherwise–Hispanics face a number of barriers to care, including: mental health stigma, lack of Spanish-speaking care providers, limited clinical data on Hispanics and mental health, high costs of care and lack of insurance coverage, limited transportation, and limited outreach programs, among others.

“The next question is why are there these differences and how can we avoid making a one-size-fits-all approach to paternal depression and actually tailor something to fit individual needs?” Garfield indicated of the racial disparities in his study.

Lisa Harvey, a professor of psychology at the University of Massachusetts-Amherst, toldHattiesburg American it’s not surprising that both mothers and fathers experience greater depression during the transition to parenthood because parenthood is one of the most stressful times of a person’s life.

“Young children require an enormous amount of care, and it can be stressful to juggle parenting, work, extra housework, all while getting less sleep,” she said. “Having a child can also cause financial strain and difficulties in the couple’s relationship. All of these things can put parents at risk for becoming depressed.”

Researchers indicate the study findings remind professionals of the importance of identifying parental depression among fathers; most studies focus on the stress of new mothers.

This article was originally published in Saludify.