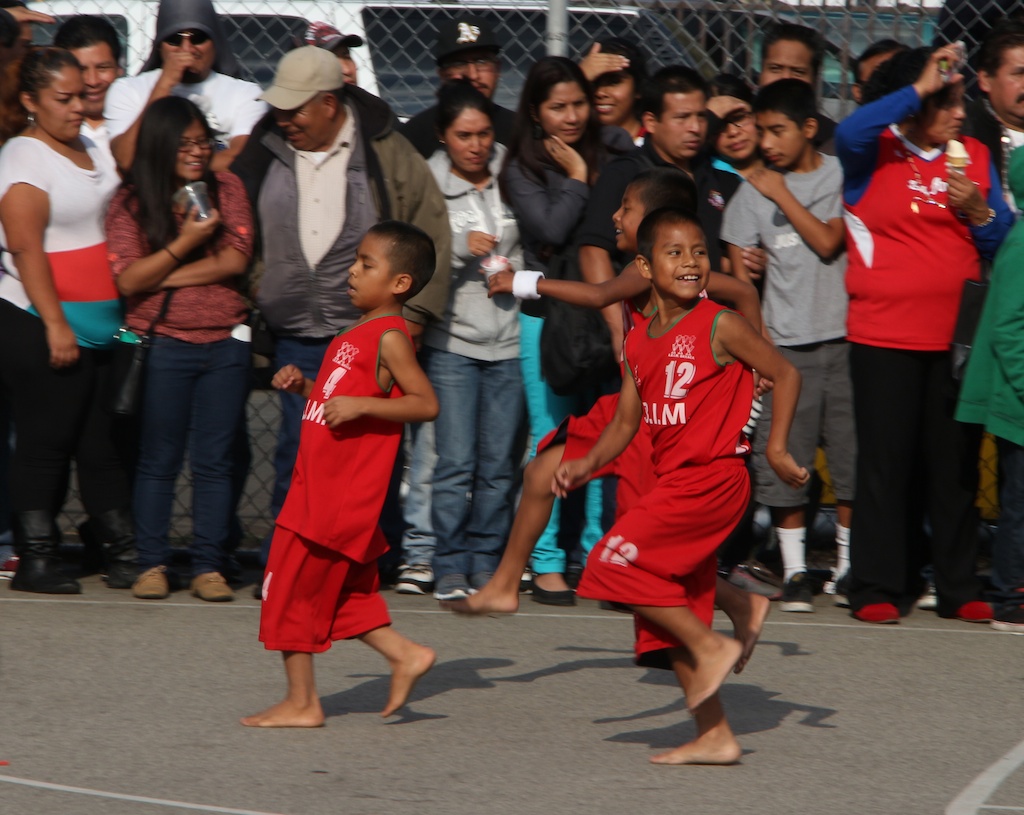 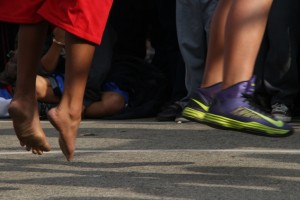 The by-now world famous barefoot Triqui Indian basketball players from Oaxaca played their first games to huge crowds at a children’s tournament at Toberman Park in Pico-Union on Saturday.

The Triquis, ages 10 and 11, use an impressive warm-up routine, smothering full-court defense and able ball handling to suffocate opponents. They’re hampered only by the fact that their thin arms and small bodies can sometimes barely hoist the ball above the rim.

Still, one local team didn’t score and lost to what I took to be the Triqui’s second string, 10-0. Another team lost to the Triqui first string, 47-4.

As I wrote in a blogpost below, the team from Rio Venado, Oaxaca — some of whose players went barefoot today — comes from a school formed to instill discipline and conserve the group’s languages and traditions. Along the way, it has become a public-relations strategy to call attention to Mexican Indian poverty, and in particular that of the Triquis, who are Mexico’s most impoverished ethnic group. 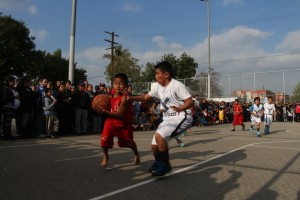 Basketball being a huge community sport in Oaxacan L.A., the crowds were large and discerning and lined the court. Vendors also lined up to take advantage, selling bacon-wrapped hot dogs and ice cream.

As is often true about basketball in L.A.’s Oaxacan community, the event and the Triqui team became about something transcending sport, to include immigration, assimilation, poverty, and more.

“The reason these kids are better than ours is that we want to give our kids everything we never had when we were growing up poor, so we give them everything they ask for” and spoil them, said Enrique Perez, who sells cemetery plots in Inglewood, lives in West LA, and came from Oaxaca 20 years ago. “These Triqui kids have to earn it.” 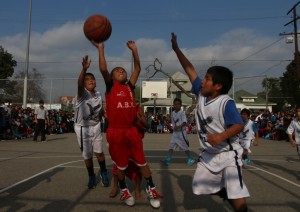 Also, Perez went on, “here when you tell a kid to do something, he won’t. He calls the police. The kids in Mexico obey. So they’re more disciplined than ours.”

The team still had three games to play when I left and will finish the tournament next Saturday.