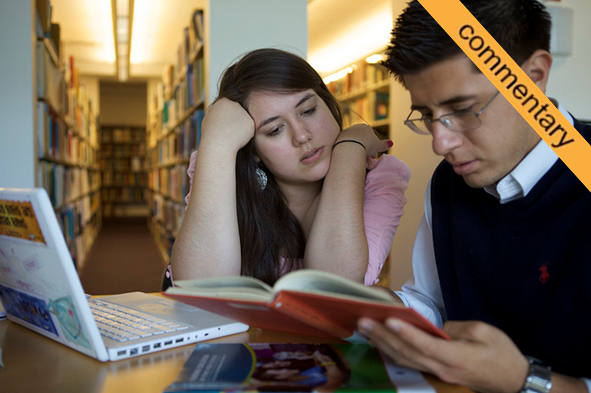 Broadband in America is getting better and faster.  Overall speeds increased more than 20% over 2012.  A remarkable 19 out of 20 young adults use broadband at home.

Yet not everyone is sharing equally in this good news. Almost a quarter of English-speaking Latinos still do not use email or the Internet, according to a recent report.  That’s nearly double the rate for whites and African-Americans.  According to the same report, 58% of Spanish-dominant Americans don’t even have access to the Internet. It also shows why broadband adoption efforts are likely to produce disproportionate benefits within Latino communities.

For Latinos, indeed for the country, this would be a huge equalizer.  As President Obama’s report on broadband last June noted, a high-speed connection is vital “to create jobs and grow wages at home, and to compete in the global information economy.

That’s why the Federal Communications Commission, which oversees broadband service, needs to move quickly and decisively  to provide the incentives for communications companies to bring America its much needed modern, 21st century communications network.

What’s delaying this transition back is a woefully outdated system of federal regulations.  Our communications laws were last changed when President Bill Clinton was in his first term.  Even as America’s habits have dramatically changed, these regulations remain unchanged.

But if the country wants to ensure that all its citizens can access high-speed home Internet service, the FCC needs to move faster to help this process.  That means assisting, not fighting, network modernization to a system based on Internet Protocol (IP) technology.  This is the system that can handle our future needs – everything from streaming video to home healthcare to distance education.

The FCC can jumpstart this process by approving a series of geographically limited modernization trials.  The idea is to roll out this new system through carefully controlled community experiments, with everyone working together to identify and address any issues.  Lessons from these trials can be harnessed to ensure a smooth and efficient nationwide roll-out of all broadband networks.

America needs a modern communications system to spur our economy and meet our changing needs, and we encourage the  FCC to  do what it should to help make this happen.

[Photo by US Department of Education]