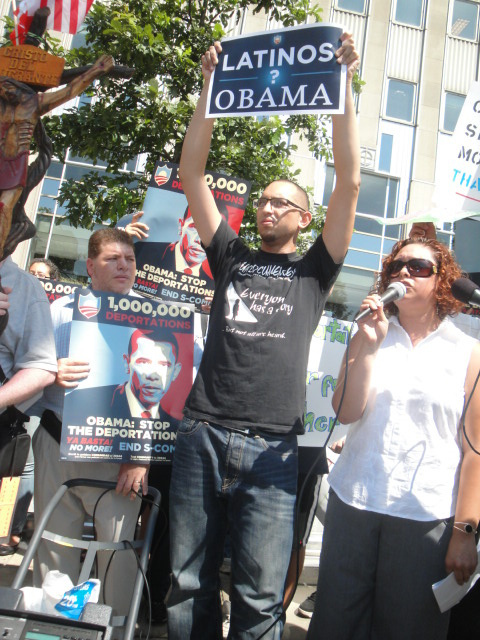 Hispanics are the most disappointed by President Barack Obama, according to a new Gallup Poll.

While the president’s job approval rating dropped 12 percent among the general population over the last year, declining from 53 percent last December to 41 percent in November, it plunged twice as much among Latinos.

Obama’s approval rating dropped 23 points among Latinos, from 75 percent in December, 2012 to 52 percent in November.

Latinos played a critical role in the president’s re-election, with 71 percent of the community’s voters casting their ballots for him.