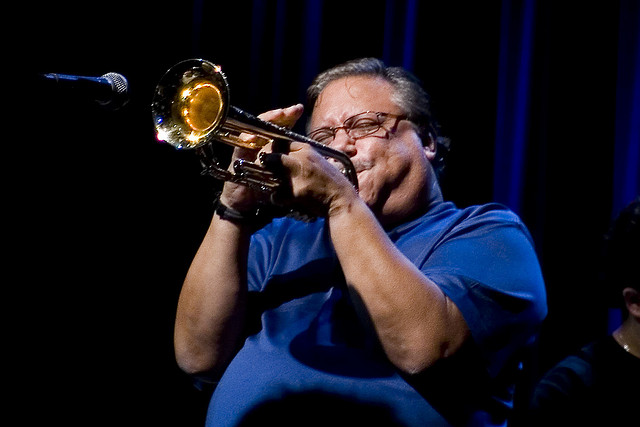 Born in Cuba and later defecting to the U.S. in 1990, Sandoval is a well-known trumpeter, pianist and composer in both countries. As a protégé of the late Dizzy Gillespie, another famous jazz musician, Sandoval contributed back to the community by becoming a music educator and by helping others learn from jazz.

“The Presidential Medal of Freedom goes to men and women who have dedicated their own lives to enriching ours,” says President Obama. “This year’s honorees have been blessed with extraordinary talent, but what sets them apart is their gift for sharing that talent with the world. It will be my honor to present them with a token of our nation’s gratitude.”

Sandoval’s struggles in Cuba gave him energy and strength to become one of the most dynamic live performers of our time. He has performed alongside other great musicians such as Tony Bennet and Patti LaBelle, was nominated for 17 Grammy Awards and winning 9, and a founding member of the Grammy Award-winning group, Irakere.

The Presidential Medal of Freedom is the nation’s highest civilian award and recognizes individuals who have made admirable contributions to the U.S and world peace. The 2013 ceremony also marks the 50th anniversary of the awards.

President Obama is set to honor Sandoval and other recipients at the White House later this year.