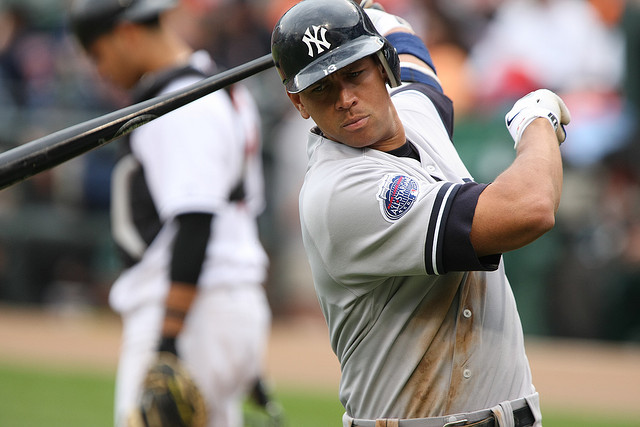 The 13 baseball suspensions connected to Florida-based Biogenesis just announced today are notable, apart from the numbers of guys involved, for the fact that all are Latino — though Ryan Braun was also part of the case and was suspended last month.

Interesting. Not sure why. One possibility is that a group of Latino customers formed around this company, perhaps with Alex Rodriguez as the main guy. One of his nicknames in company files is “cacique,” I read. In Mexico, cacique means political boss.

Another possibility has to do with the “system” of churning out baseball players from places like the Dominican Republic and Venezuela, which sounds quite a bit like the old Hollywood studio system, namely pretty brutal and soul-crushing and surrounded by slimy agents, scouts and lawyers all filling boys’ heads with bad advice — one of which is that doping is just what you have to do.

I’ll be interested to see what further reporting reveals.

Of course, I mention this well aware that, in earlier cases, most of the players involved were not Latino.

This article was first published in A reporter’s Blog.

Sam Quiñones has been a working reporter for 25 years, including 10 years in Mexico as a freelance writer. He is the author of  two books, and many stories about immigrants, gangs, drug trafficking and more. He also edits, and welcomes contributions to, the storytelling website, Tell Your True Tale, and teaches writing workshops of the same name.