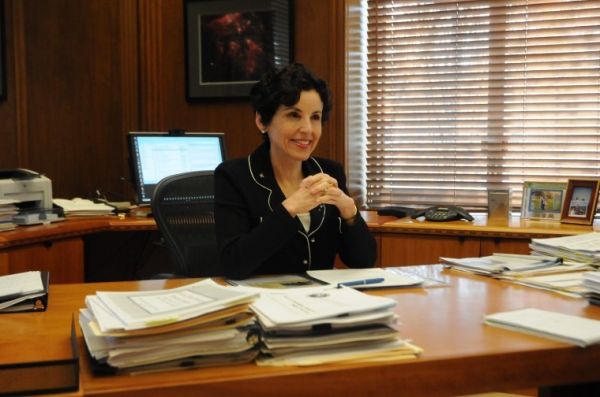 President Barack Obama announced he intends to nominate Dr. France Anne Cordova as director of the National Science Foundation on Thursday. If confirmed, she will be the first Latina to head the agency.

“As the first Latina nominated to head the NSF, Dr. Cordova brings a distinguished record of accomplishment from her work at Los Alamos National Laboratory to her many positions in academia,” says New Mexico Democratic Congressman Ben Ray Luján, The Congressional Hispanic Caucus’ (CHC) First Vice Chair and Diversity and Inclusion Taskforce Chair.

The National Science Foundation’s main aim is to keep the United States at the leading edge of discovery in a wide range of scientific areas and fund scientific research throughout the country. Part of Dr. Cordova’s job would be to identify and encourage the growth of new fields in science.

The President also announced that he will nominate Sylvia I.Garcia as chief financial officer and assistant secretary for budget and programs at the Department of Transportation.

Ms. Garcia is the acting assistant secretary for budget and programs and served as acting chief financial officer at the Department of Transportation (DOT) from December 2012 through July 2013. Previously, she was a budget analyst in the Office of Public and Indian Housing at the Department of Housing and Urban Development and a community outreach coordinator for the Department of Enrollment Management at DePaul University, where she received her masters degree.

“President Obama has made the right decisions,” said Texas Democratic Congressman Rubén Hinojosa, Congressional Hispanic Caucus Chairman, in a statement. “Both are excellent and qualified choices for these positions. I especially want to commend Dr. Cordova for being the first Latina to be nominated for the National Science Foundation, this is a tremendous achievement.”

“The diversity of our nation is one of our greatest strengths, and the selection of these two qualified individuals contributes to a more diverse federal government that reflects the nation as a whole,” said Luján.

Kristina Puga, Web Producer: A graduate of Barnard College and The Columbia Graduate School of Journalism, Kristina is the product of an Ecuadorian father and a Russian mother. Raised in culturally diverse Queens, NY, she has been covering the Latino community for about a decade for publications such as the New York Daily News, AOL Latino, NYRemezcla.com, and Urban Latino. She loves to travel and experience different foods and cultures while discovering interesting characters along the way and telling their stories. After a long stay in Oaxaca, Mexico, she now considers it her second home. According to legend, she will be back since she ate chapulines there.