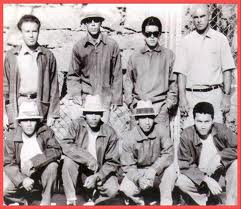 The hunger strikes in California prisons lately are motivated as much by prison gang maneuvering as by concern over human-rights violations.

That’s the opinion of one veteran gang member I spoke with recently.

Emanating from Pelican Bay State Prison, the strikes protest the fact that hundreds of inmates are housed in solitary confinement in the prison’s Security Housing Unit (SHU), some for many years. A recent strike had 30,000 inmates refusing food. Thousands stopped eating in sporadic strikes last year as well.

Trying to understand what there was to know, I took time from a busy schedule writing a book to speak with the long-time Sureno (Southern California) gang member, who’s done a lot of time in Pelican Bay SHU, as well as several other of the state’s penal institutions, and just been released.

This gang member dropped out in prison several years ago and has spent his recent prison time on what’s known as Sensitive Needs Yards, the new euphemism for protective custody.

Protective custody used to comprise a few hundred inmates statewide, in a couple cellblocks. Now there are many thousands. So the state prison officials came up with SNYs — entire yards to house them all. Most of the new entrants into SNYs are dropouts from prison gangs. (Btw, I wrote about SNYs several years ago.)

SNYs are the most radical change to the state prison system in a generation, probably since Pelican Bay itself opened in 1989.

So great are the numbers of dropouts that most prisons now have at least one SNY. Mule Creek in Ione is all SNY.

Many SNY inmates are tired of the gang life and just want to serve their sentence in peace.

But a lot of these dropouts can’t get the gang out of their blood. So on SNYs have emerged a half-dozen new gangs of various sizes.

This is crucial to understanding the prison hunger strikes of the last year, he said.

Guys in Pelican Bay “are saying, these SNY guys are debriefing to get out of the SHU and they’re forming new gangs. Why do you have us slammed (in solitary confinement) if all these guys who are debriefing are forming gangs and still walking the lines?” he told me.

To stoke their numbers, Pelican Bay gang leaders have ordered inmates across the system to participate in the hunger strike. Most strikers have no choice, he said.

During last year’s hunger strikes, “I was in Tehachapi and [the order] came down from Pelican Bay,” the gang member said. “They didn’t eat for three weeks. No one was supposed to eat, or program until they agreed to let out the Brothers and all the people that’s validated gang members in the SHU.

“There was a few of them who didn’t, and they put them in the hat (a death list). They took them off roll call, which is the good list,” he said. “They tried to get us (in SNY gangs) to join the hunger strike. We shot it down. We don’t fall under their rules.”

Same thing just happened, he said. An order came down and 30,000 inmates had to stop eating.

For its part, the CDCR, the gang member said, is requiring that all inmates live with each other — no matter the race, affiliation or background – before they’ll let the Pelican Bay strikers out of solitary confinement.

CDCR’s idea, he said, is that prison-gang leaders would have to order an end to the divisions, system-wide, that have made California prison life into a bewildering and dangerous racial and geographic Balkans for decades now.

The gang member expected inmates in Pelican Bay SHU will start insisting on single cells, where many of them double up now. That would force chaos on the SHU system. “There’s not enough room in SHUs to do that. That’s the brothers’ next move.”

Meanwhile, in SNYs, all the new gangs are “fighting for numbers.”

The new gangs illustrate the changes at work in the CDCR since the advent of SNYs.