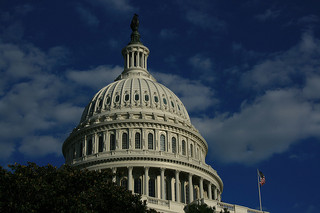 Contrary to recent news accounts, we are closer to passing a meaningful immigration reform bill than at any point since John McCain and Ted Kennedy introduced their bill in 2005. Consider:

While much has been written about the need Republicans have to support immigration reform to get back in the game with Latino voters, I think an equally compelling reason why the House is already taking significant strides towards passing an immigration reform bill is the pressure they feel to meet the very high bar set by the Senate “Gang of Eight” framework. Their framework will give the country a better legal immigration system, one more based on bringing growth producing skilled labor. It will close some of the holes in our interior enforcement system, build on the significant gains made in border security in recent years and make the border region even safer. It will make needed investments in 47 ports of entry with Mexico, facilitating more trade and tourism, creating more jobs on both sides of the border. It creates an arduous but achievable path to citizenship for the 11 million unauthorized immigrants already in the country. And remarkably, it will grow the economy, create jobs and lower the deficit by a $1 trillion over 20 years.

In a time where Americans have so little faith in their government to meet the emerging challenges of our time, the Gang of Eight framework is a bit of a political miracle: incredibly thoughtful public policy, broad bi-partisan support, a deep and diverse political coalition backing it. It just is very hard for the House Republicans to walk away from all that too.

And they haven’t. In the last few months the House Republicans have passed bills relating to border security, interior enforcement and changes in the legal immigration system. They are talking about the DREAM Act and a “path to legalization.” The Border Caucus is floating smart proposals to invest in our ports of entry, something that could help bring border state Republicans along. Some House Republicans have even said they expect a bill with citizenship to eventually pass and be signed into law.

The characterization of the House Republicans as standing in the way of immigration reform is only half right. They are, as the Founders intended, moving this issue through their chamber at their own pace. This is to be expected, frankly. Unlike the Senate the House hasn’t really debated the issue since 2005, and there are many new members particularly in the Republican Conference. There just isn’t a lot of institutional knowledge about the issue. Institutional bluster, perhaps, but not a lot of knowledge or understanding. So they need time.

Another reason the House Republicans need time to work through the issue is the House chamber’s unique history with immigration reform. Just a few months after Senators McCain and Kennedy introduced their thoughtful bill in 2005, the House voted to arrest and deport the 11 million unauthorized immigrants in the U.S. In 2006 when the Senate passed McCain-Kennedy, the House refused to even consider it. The default position for many in the House GOP — that the solution to the 11 million is for them to all leave the country — was in the platform of the Republican Party in 2012, and carried by its nominee. While there have been immigration reformers like Bush and McCain in the GOP over the past decade, much of the Republican Party has strongly held views that what the unauthorized immigrant population did by jumping the immigrant line was wrong, and that as a matter of policy, the nation cannot reward bad behavior. Getting those who hold this position to change is not, and was never going to be, easy. If dozens of Republicans are to sign on to a bill that has provisions they have said they will never support and deeply oppose, that too will require time.

As someone who has worked on immigration reform since the summer of 2005, I don’t think the immigration bill is dead — it is very much alive. You can see the outlines of an eventual deal. The House will likely accept much of the Senate enforcement framework, dropping the expensive and reckless border surge but adding to the interior enforcement provisions. Dems might have to accept more W low skilled visas to get the House to go along with the Senate vision for the new skills-based legal immigration system. Adopting some of Senator Cornyn’s savvy proposals on border infrastructure investment could help bring him back to the table, and entice more border and growth oriented GOPers to sign on.

This of course leaves us with the 11 million, and legalization and citizenship. My own read of the situation is the House Leadership knows it must do something here, that leaving the 11 million or even a large potion of the 11 million in limbo just won’t fly. As we saw in the Senate process the GOP was willing to trade and deal on citizenship. With the House GOP talking about DREAMers, Ag workers and legalization the elements of an eventual deal are on the on table. The Washington Post’s Greg Sargent reported yesterday that the bi-partisan “gang” in the House has worked out a path to citizenship, adopting a new trigger process, recasting the early stages of the path, and making it longer. So it is possible to for House Republicans to craft a citizenship path that the president and the Dems can support if all the parties can sit down and work it all out.

Reports of the death of immigration reform are premature. The Senate Bill may be dead in the House, but immigration reform isn’t. What the House comes up with will be different than the Senate, but that’s why we have conference committees. I don’t think the differences between the two chambers are as great as many believe; the Senate bill provided an extraordinary framework to build from; and the House needs time to work through it in their own way. Of course it is possible that the House conservatives block any progress on immigration reform this year , but I think their arguments will weaken over time, not strengthen. Why? Simply, they just aren’t very good, and the politics of recent years has made them jarringly obsolete. Being on the side of fixing the broken immigration system, creating jobs and reducing the deficit is just better politics than once again doing nothing about a very challenge facing the country — even if it means citizenship for the 11 million.

Something will pass the House this year. Whether it is good, and can become something signed by the president will depend to a great degree on how well our leaders work together to bring this tough process to conclusion. But a deal is out there to be made. I hope the tribes of Washington can seize this moment and give America a far better immigration system than we have today.eform this year, but I think their arguments will weaken over time, not strengthen. Why? Simply, they just aren’t very good, and the politics of recent years has made them jarringly obsolete. Being on the side of fixing the broken immigration system, creating jobs and reducing the deficit is just better politics than once again doing nothing about a very challenge facing the country — even if it means citizenship for the 11 million.

Simon Rosenberg is President and Founder of NDN, a leading progressive think tank and advocacy organization. Simon has worked in national politics and the media world for more than 20 years. He started his career in network television, as a writer and producer at ABC News for five years, before working on the Dukakis and Clinton Presidential campaigns. On the Clinton campaign, he was a member of the famous 1992 Clinton War Room. After the campaign, Simon worked at the Democratic National Committee, the Democratic Leadership Council and then started what is now NDN in 1996.