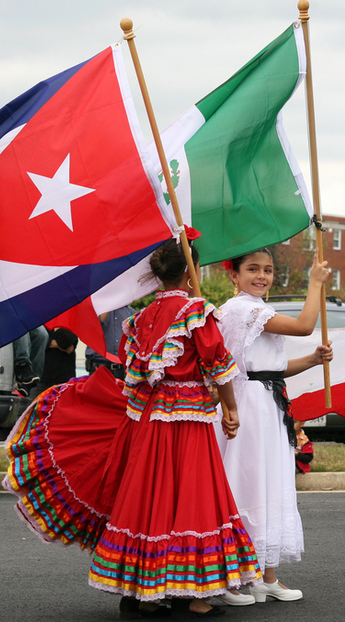 The Atlantic slave trade stripped many black people of their heritage to the point where they refer to themselves nowadays with the simple label “African American.”

Latinos, on the other hand, know exactly where their ancestors came from, down to the city, neighborhood or even their family home. National flags, customs, traditions and histories are a source of immense pride. And because Latinos place so much pride in the patria of their ancestors, many Latinos rigidly insist that what makes a Mexican proud to be Mexican, for example, is somehow very different from what makes a Puerto Rican proud to be Puerto Rican.

That’s why, for all the recent talk of Latino political and spending power, Latinos hardly ever act as one people. There isn’t much solidarity within the Latino community (is it even a community?), and in fact, deep nationalism makes it difficult for Latinos to get along.

If my discussion appears skewed toward Mexicans, Puerto Ricans and North American Latinos in general, it’s because the Latino community in the United States is norteamericano-centric to begin with, and because Mexicans and Puerto Ricans make up 72 percent of all Latinos living in the States. In all, around 87 percent of Latino Americans can trace their roots to somewhere in North America.

Still, even within the North American-dominated world of the U.S. Latino community, there are serious divisions. Mexicans and Puerto Ricans are like Shakespeare’s Montagues and Capulets. North American Latinos may all be Veronesi, but for one reason or another, they simply don’t get along as well as they should.

I’m sure there are plenty more, but I usually close my ears when I hear someone say something about people from another country. It’s usually based on stupid, ugly nationalism, rather than actual facts.

And these are only two countries within a much larger community of nations known belittlingly as “Latin America.” I know of a few similar rivalries on the map — Brazil and Argentina, Chile and Peru, Columbia and Venezuela, Honduras and Nicaragua, the D.R. and Haiti.

Rather than let their pride in a flag lead to hatred of another flag, Latinos should wave the pan-Latino banner of a united yet diverse Latino American experience. As a second-generation Honduran-Puerto Rican, raised in a multinational family and having traveled to Latin America, it’s easier for me to shed my nationalistic pride in my catracho-ness or puertorriqueñidad and embrace my latinidad. I realize that, as a native Humboldt Parker, I have more in common with the Mexicans of La Villita than I do with the person going to work in Tegucigalpa or going to school in San Juan.

While Latinos should appreciate the differences between them, they should cling to their similarities. Because as Benjamin Franklin famously told his fellow Colonials, “We must all hang together, or…”

Well, you get the picture.

This article was first published in Gozamos.