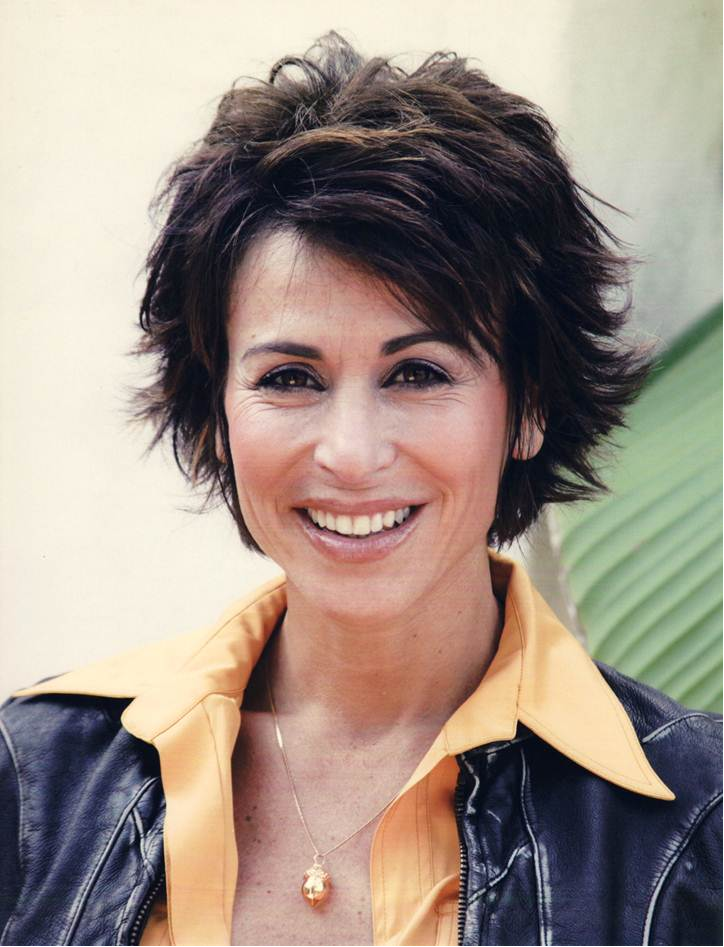 Giselle Fernández is a former journalist and media personality turned-political-advocate – and she is currently the only Latina serving on the Kennedy Center Honors Board of Trustees. Her role has been key in helping to revise the way in which the most accomplished and influential individuals in the performing arts are selected to be nationally recognized.

“I see my role as being able to share my passion for the great contribution of the Latino arts on stage in this country,” says Fernández, who was tapped by President Barack Obama to become a trustee in 2012, just after the nominees for the 2012 Honors had been confirmed.

The selection process came under fire late last year when Latino advocacy groups criticized the Kennedy Center Honors for failing to include recognition of Hispanic artists in its annual list of honorees.

Only two Latinos have been among 186 Kennedy Center honorees over the last 35 years – Plácido Domingo in 2000 and Chita Rivera in 2004 – a fact that Fernandez calls a “clear omission” of Latino talent in the nation’s most prestigious honor in the arts.

“I don’t think that blatant discrimination and intentional oversight is the cause of it,” says Fernández, who has earned five Emmy awards for her work as a television journalist. “But that doesn’t diminish the fact it has to be set right. You have to have people at the table who know the community so they can represent and reflect the community.”

As the only Latina currently serving on the Center’s board of 31 Obama-appointed trustees, Fernández said she felt a significant burden in helping create what she calls “substantial dialogue.” about the Kennedy Centers Honors selection process, which became a matter of national scrutiny in September of last year.  No fewer than thirty Latino advocacy organizations petitioned the Kennedy Center to end its “constant omission” of Latino artists from the annual selection of Kennedy Center honorees.

“President Kennedy created the center to represent the cumulative multicultural contribution of all citizens in this country,” notes Fernández of the Center’s mission. “And clearly it wasn’t being upheld.”

And so Fernández – whose father is Mexican and mother is white by birth and “Mexican in spirit,” she says – went to work. A former member of the board of the Latin Grammys and an Obama re-election supporter, she called on friends including Congressman Joaquin Castro and Raul Lomeli-Azoubel, the executive chairman of advocacy group Saber es Poder, to meet with Kennedy Center President Michael Kaiser and chairman David Rubenstein.

From there, says Fernández, suggestions for creating a different template for the selection process surfaced. Within seven months, a new plan for “bringing Latino talent and diversity” to the forefront of the Kennedy Center Honors was complete.

“I was very proud that we had a number of meetings with Latino leaders from the arts, Congress, policy and advocacy organizations,” says Fernández, who will continue to serve as a Kennedy Center Honors trustee for the next five years, “all of whom could talk to the Kennedy Center about what systems of diversity look like and how we could create alliances, networks and bridges with the Latino community.”

The new selection process will include recommendations and review from a Special Honors Advisory Committee that will include Kennedy Center Board members, artist committee members and former honorees Chita Rivera and cellist Yo-Yo Ma. Members of the Special Honors Advisory Committee will serve a term between three and five years long and will create a list of between 10 and 20 nominees for awards consideration. The nominees — which will include recommendations submitted by the general public online – will then be divvied up into slates that “will provide balance and diversity across the various performing arts disciplines,” says the center.

And while only time will tell if the Kennedy Center Honors’ selection process does prove itself as reflective of a nation where Latinos comprise 16% of the population, Fernández says the real work to ensure Latinos as major players in the arts, business and government has yet to be done.

“The fireworks we saw about Latino representation was really an outburst reflective of a much deeper and much more core issue, which is that we need to have more Latinos and more people of diversity at the decision-making table,” says Fernández. “We need that in place if we want an accurate representation of America on our airwaves, in our awards shows and on all public media. And to get there, we need Latinos in positions of leadership, which means we need to graduate more people of color from college and high school, and we need to get jobs where we can advance to high-level positions and be in decision-making roles.”

And while Fernández is proud of her place in history as the only Latina to date on the Kennedy Center Honors Board of Trustees and of her role in revising the honoree selection process, she says she wants to inspire other Latinos and women to achieve similar heights.

“I hope my voice sounds a huge call about how Latinos in places of influence are needed, not just at the Kennedy Center, but at Fortune 500 companies and in Washington,” says Fernández.

“As Latinos, we need to make sure we work to address the great number of needs that keep us from advancing and being represented in this country.”

Nina Terrero, Web Producer: Passionate about social issues, health, education, discovering untold stories among U.S. Latinos and exploring Latino culture through food, literature, theatre and the arts, she holds a B.A. in Government from Cornell University. She is also a graduate of Columbia University’s Graduate School of Arts & Science, where she received an M.A. in Political Science. Of Puerto Rican and Dominican heritage, Nina worked at ABC News as a digital reporter before joining the team at NBC Latino. Feel free to ask her about the latest films, urban political policy or her most recent forays in cooking and eating around New York City.