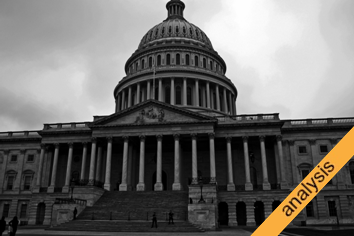 The 113th Congress includes a record number of thirty-eight Latinos elected officials. These notable numbers have both policy and political implications for the future of Latino politics in the United States.  First though, some demographic facts about the 113th. 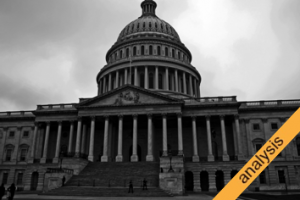 The House Representatives includes thirty-five Latino members, another three are members of the United States Senate. All three Latino senators share two traits, they are all Cuban American men: Robert Menendez, D-New Jersey, Marco Rubio, R-Florida, and Ted Cruz, R-Texas. By contrast, only eight House members are Latinas. Democrats make up the majority of the Latino delegation, with twenty-seven in the House and one in the Senate. Republican Latinos number eight in the House and two in the Senate.

They hail from ten states and two territories, but California and Texas dominate the Latino congressional delegation (with thirteen and seven members from the respective states), which is not a surprise given the proportion of Latinos in those states as well as the large clusters of majority-minority regions with high concentrations of established Latino political talent.

In terms of policy representation, it is fair for the Latino electorate to expect co-ethnics in office to champion a specific policy agenda.  Most Latino elected officials represent large Latino constituencies; it is their job to support and advance voter preferences after all.

In the 2012 election over 70% of Latino voters supported Democratic House, Senate and Presidential candidates. Results from the impreMedia/Latino Decisions Election Eve Poll –the only study of the 2012 Latino electorate — demonstrate that Latino voters have a clear policy affinity with the Democratic party. The majority of Latinos side with Democrats on core, party-defining issues including: health care, where over 60% prefer to see Obamacare remain intact; deficit policy solutions, where 77% prefer an approach that includes higher taxes on the wealthy, andimmigration, where the President’s deferred action policy was met with strong enthusiasm from the Latino electorate and the Republican candidate’s self-deportation alternative was roundly rejected.

There remains a smaller but steadfast Republican and conservative policy-leaning share of the Latino electorate, just as there is a smaller GOP Latino delegation. Because Latino voter preferences are so clear, Latinos in Congress can confidently coalesce  around these issues to amplify their collective impact on legislation.

Latino members of Congress occupy an interesting political position in  this era of growing Latino political empowerment. Both parties have publicly articulated a desire and plan to strategically build their Latino share in the electorate as a means to their long-term viability. In this light, Latino members of Congress represent more than their specific districts on floor votes and constituent services. Rather, Latino members provide a bridge to an electorate that both parties are keen to improve.

For example, Senator Ted Cruz has taken on the role of communicating the value of Latino electorate to a clearly non-Latino targeted audience, going to far as to say the GOP’s future is doomed without increased Latino voter support. Most Latinos did not vote for Senator Cruz, but that is beside the point. His ethnicity affords him a certain credibility and standing to speak on outreach issues that is taken seriously in and outside of his party. Latino Democrats in the 113th are in more high-profile partisan roles than prior Congresses, which suggests the party understands the importance of developing Latino political talent within their ranks given the decisive impact Latino voters had in President Obama’s re-election. Both teams learned that taking Latino voters seriously is not just a novelty of the 2012 Obama win, it is the future of winning.

Sylvia Manzano is a Senior Analyst at Latino Decisions, a research and consulting firm specializing in Latino politics and policy. She holds a Ph.D. in Political Science from the University of Arizona. Her research and analytical expertise focus on political demography, state politics, representation and immigration policy. She was a core designer and analyst on the 2012 impreMedia/Latino Decisions Latino National Election Eve Poll. She has been interviewed by numerous media outlets including NBC Latino, The New York Times, La Opinion, Fox News Latino, The Los Angeles Times and National Public Radio.