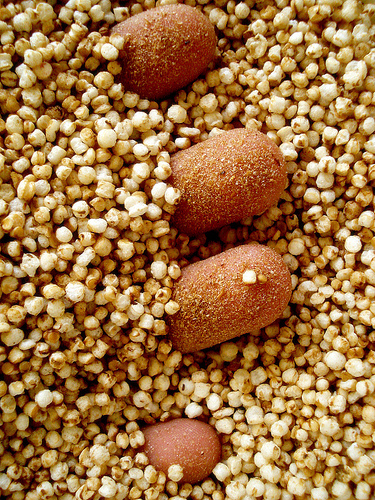 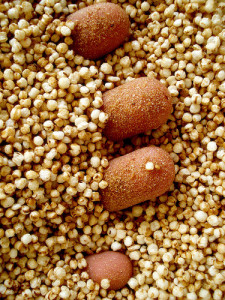 Are you familiar with superfoods?

A story in The Guardian this week highlighted an issue that has been popping up in recent years: our “superfoods” are the regular foods of communities in other places. One case in example is quinoa from Bolivia—and how with our increased consumption, there is a negative impact on the communities that produce it.

As the article notes:

“There is an unpalatable truth to face for those of us with a bag of quinoa in the larder. The appetite of countries such as ours for this grain has pushed up prices to such an extent that poorer people in Peru and Bolivia, for whom it was once a nourishing staple food, can no longer afford to eat it. Imported junk food is cheaper. In Lima, quinoa now costs more than chicken. Outside the cities, and fuelled by overseas demand, the pressure is on to turn land that once produced a portfolio of diverse crops into quinoa monoculture.”

Some argue that “superfood” is nothing more than marketing jargon—though it is true that in general superfoods are particularly nutrient-dense, with more antioxidants, vitamins, minerals, enzymes or protein, hence the term superfood.

But part of the label also connects to a superfood deriving from some usually exotic plant from faraway lands. Recent examples are goji berries from China and Tibet; açai, chia, and quinoa from South America; coconut, nonifruit and durian from Southeast Asia; mesquite, agave, and spirulina from Mexico.

Bringing back to make some connections to Latinos in the US, there are two interesting points.

One is that many first-generation Latino immigrants come from their home countries with a diet that is rich in nutritional integrity and simply healthier.

Studies have shown that first-generation immigrants, though many facing harsh working conditions, are healthier than later generations. It is the adoption of a “Standard American Diet” that leads to rises in diseases like diabetes and obesity.

A second point is that in our quest for diversity in our supermarket shelves, along with subsidized farm policies, we cause unexpected negative environmental and social effects in other areas of the world.

This is without even delving into the issues of food miles and the carbon footprint of food imports.

There have been concerns that Mexican maize farmers could no longer make a living due to a flood of cheaper US corn. Demand for asparagus is drying up deserts of Peru and demand for coconut water may not be delivering expected benefits to farmers.

So what may be a good resolution? Two options may be to be careful about over-consuming and thinking about going back to one’s roots in terms of “eating natural” and healthy.

A recommendation is to mix your superfoods with “regular” foods while taking note that many of our Latino foods are superfoods in their own and may be grown domestically. Think of the nopal, the pitaya, the cacao, hibiscus, aguacate, oregano, pumpkin seeds.

So much like the issue with farmworkers in the US, eating healthy is not just about the food you consume, but where it comes from, who it impacts, and the environmental effects—bet it a campesino in the US, Mexico, or communities of the Bolivian Andes and Peruvian deserts.