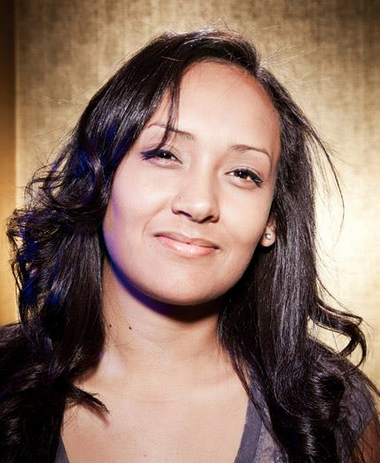 UPDATE: 5:00am January 11, 2013, Andiola posted more information on her public Facebook page. Here is the latest:


I want to thank everyone for all of your support. It has been a tough day, but I know my mom and my brother will be out soon. They have to! They have done nothing wrong and there was no reason for immigration to take them. There are a couple of things you can do to help me.

1. Tomorrow [Friday, January 11] we will be holding a press conference at ICE and ask Obama and the administration to help get my family out of there ASAP! Enough is enough! 2035 North Central Ave in Phoenix at 8:30am.

Thank you soooo much and God bless you all. 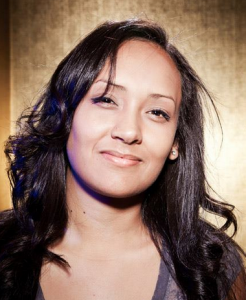 ORIGINAL STORY
Tonight around midnight EST, Arizona’s Erika Andiola, one of the country’s most prominent DREAMer leaders, posted the following on her Facebook site:

My house just got raided by ICE and they took my mom and my brother. They had no reason to do this!! I am so f–ng pissed right now. I can’t believe that this is happing to me!!! I might my community tomorrow morning to make sure they don’t get deported. Please be in the look out for more updates from me.

The post has already gone viral within the DREAMer community. About 30 minutes after her first post,Andiola shared the following:

Thanks for your support. We are working on a plan of action. For now please keep my family in your prayers and wait for my next post.

After being made aware of the two posts, we contacted members of Andiola’s immediate family. They have confirmed that their mother and older brother have indeed been taken by US Immigration and Customs Enforcement (ICE) agents. They are busy making phone calls to find out the whereabouts of their mother. They also let us know that they will be following up with a statement and video tomorrow morning.

Andiola is a leader of Arizona’s DREAM Coalition. She is considered to be one of the most well-known DREAMer activists in the country, as well as a champion of comprehensive immigration reform. With therecent push by the Obama administration to prioritize immigration reform, the optics of an ICE raid at the home of a leading DREAMer activist could be very problematic for the President.

As one site describes Andiola’s accomplishments:

[Andiola] got involved with Promise Arizona, a grassroots civic engagement organization with a mission to recruit, train and support a new generation of leaders from across the state and register Latinos to vote. She also dedicated herself to championing the DREAM Act. She spent countless hours camped in front of Senator John McCain’s Phoenix office in the summer heat with the “DREAM Army,” supporters who worked tirelessly to educate elected officials on the Act. She knew she might be arrested, and eventually she was.

On video, Andiola also confronted Arizona State Senator Russell Pearce, a national figure behind anti-immigration legislation. Russell was clearly not happy about being surprised. He could have called security and demanded an arrest on the spot. Arrest is frightening for anyone, but as Andiola knows personally, arrest with the possibility of deportation is life-altering, especially for someone so young.

Andiola’s single-minded dedication to social justice comes before her personal gain.
Andiola is fearless and articulate on camera, especially when she was interviewed by ABC’s Diane Sawyer and appeared in several You Tube videos. Seen on television in front of McCain’s office, Andiola is visibly exhausted. She had been driving hard for months, flying to DC, working for Promise Arizona, protesting for the Dream Army, motivating people to vote, attending vigils and then hitting the barrios on foot again and again in an effort to register every last eligible voter.

Andiola knows personally that if immigrants are to succeed, more people will have to take more risks, spend more time fighting, and bear the ugly sting of rejection many more times. But as one Arizonan described her, Andiola is a young woman who is both fearless and gently persuasively in her approach. She never tires, never quits. Despite losing her scholarships, Andiola graduated from Arizona State University with a B.A. degree in Psychology in spring 2009. She still aspires to work as a school counselor one day – after helping to pass the DREAM Act.