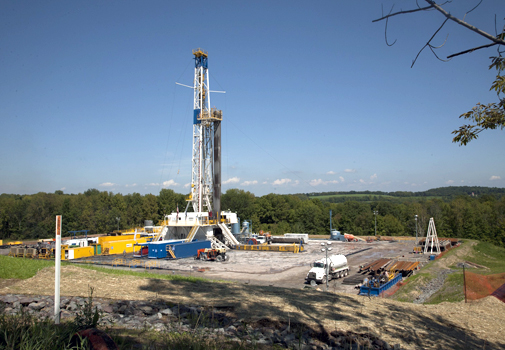 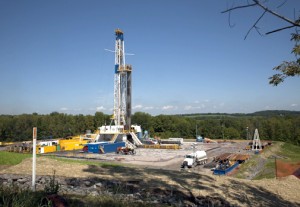 2012 closed with an interesting note: As reported in this article from Reuters, the term “fracking” was more popular than “climate change” in US online searches.

Fracking, the common term for hydraulic fracturing, was across the news in 2012 as shale oil and natural gas extraction took off. For anyone unfamiliar with the term or process, it is essentially breaking up rock with pressurized fluid in order to release oil and natural gas. But the process comes with reports of concern about the side effects on the environment and nearby communities—and as the Matt Damon-produced movie “Promised Land”, hits the theaters, fracking is cresting to be a key environmental debate.

But does fracking resonate as a Latino issue? Are there a significant number of affected Latino communities? Is the opposition to fracking embedded with Latino faces?

“The majority of anti-fracking activists are white, urban, and middle class. A growing number of the low-paid and at-risk workers hired by the natural gas and oil exploration, drilling, and extraction companies are rural, poor, Black, and Latino.”

This tends to pit at-risk communities with the workers in the fields, and with Latinos being framed as enemies in the process instead of as potential allies. The concern is that the anti-fracking movement could suffer from the same concerns of other conservation efforts.

“Indeed, a continuing challenge for progressives in the U.S. today is the need to build a bridge between environmental and immigrant defense and workers’ organizing rights movements. The divide between the green, the brown, and the blue needs attention.

The most recent evidence of this comes from the anti-fracking movement centered in the Marcellus shale communities of Pennsylvania and New York. According to one source, the overwhelmingly white and middle class anti-fracking movement in that region is attacking the Latino workers exploited by the natural gas companies in the current drive to extract as much as possible before tougher regulations kick in – if they do and that seems far from certain. White eco-activists are once again demonizing Latino immigrant workers.”

In California, with the discovery and development of what is known as the Monterey Shale, fracking may be added to the host of environmental challenges Latinos face there. While a big focus has been on how it will affect Monterey County agriculture and wine country, the shale field extends into the San Joaquin Valley, home to many Latino communities.

The process is moving forward, and many of the debates had in other parts of the country are arriving in California.  With its significant Latino population, it will be interesting to see how Latinos continue to be part of the debate at the state level and nationally. Some Latino voices have made it part of the dialogue. But in order avoid some of the pitfalls of other conservation issues, the environmental debate over fracking may be in need of some Latino perspectives.