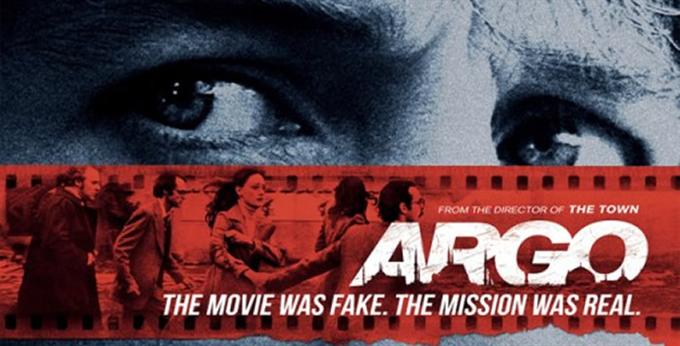 In October, we ran a piece called “Now Ben Affleck Is Latino: Another Lost Opportunity for Hollywood.” As we tried to stray away from the “we’re offended” line that many of our critics tossed our way (because that was not the point of the piece, if people actually took the time to read it and not react to a headline on a social stream), we were encouraged to see a real dialogue happening about the simple question: why did Ben Affleck, the film’s director, cast himself to play the role of CIA hero Tony Mendez? 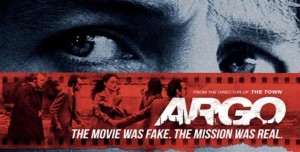 Now, we won’t get into the reasons here, and if you really want to read a very passionate and intelligent post about the issue, check out what award-winning producer and entertainment executive Moctesuma Esparza had to say about Affleck’s casting choices: “In Argo we have yet another instance where the public has been denied of an opportunity for all Americans to learn of an American Latino’s valor, talent and patriotism. This occurs because there has been no consequence to this behavior. It is time for a change.” You should read what he has to say before we dive into the “there goes those offended Latinos” critique, which quite frankly, is such a simplistic critique that it adds nothing to the dialogue.

Tonight, the official blog of the Hispanic Organization of Latin Actors (HOLA), published a guest post by María Nieto where Affleck finally addresses the question himself. Here is what Nieto wrote and what Affleck said:

At a recent industry screening of Argo, I asked the film’s director and lead actor, Ben Affleck, and screenwriter, Chris Terrio, the following question during the screening’s Q&A portion: “As a Latina writer, I’ve been following some of the issues that have been raised around your playing Tony Mendez and I’m wondering if… in the conversations between yourself and Chris– and Tony Mendez himself– was the ethnicity of the character essential to the role?” Affleck candidly responded as follows: “That’s a good question. You know, I obviously went to Tony and sought his approval…was the first thing. And Tony does not have, I don’t know what you would say, a Latin/Spanish accent, of any kind really, and… you know you wouldn’t necessarily select him out of a line of ten people and go ‘This guy’s Latino.’ So I didn’t feel as though I was violating some thing, where, here’s this guy who’s clearly ethnic in some way and it’s sort of being whitewashed by Ben Affleck the actor. I felt very comfortable that if Tony was cool with it, I was cool with it.” Chris Terrio then added, “He’s fourth generation. Which was another interesting thing for me… to say that there are Latinos in this country… who… he was here long before my family was, certainly, being Italian-American and Irish-American. It’s funny that, at least in my mind, you hear the name Mendez and you think New American… at least I do living in New York. But, in fact, Tony has American creds that go much deeper into American history than I do.”

You can (and should read) the rest of Nieto’s post here because it speaks to a clear misunderstanding of what it is to be a US Latino in the 21st century. There is still a lot of work to be done, and we agree 100% with Nieto when she writes the following:

Whether you agree with them or not, Affleck and Terrio’s responses offer a true insight into the ways that “Latino” is viewed by those outside of our Latino community. For me, the most interesting and unexpected aspect to their conversation was that of Mendez’s American nationality and the way in which that seems– at least for them– to be a different and separate issue from his Latino heritage. Affleck’s reference to not having to be Croatian to play Croatian seems to make the case for nationality vs. race vs. ethnicity. It is a triple issue that is particularly meaningful for Latinos given that we are not of any one race, but rather of an “ethnic origin” that can– and does– belong to any number of nationalities… including American. Further, given Mendez’s long roots in this country it would seem to make him more “American” and, possibly, less truly Latino than some New Americans, in their eyes. What seems to be implied here is that in being such a true American, one with very far-off, distant roots to his Latino heritage, he is able to be played by any other American– so long as he had not retained any particular ethnic accent and/or a specifically “Latino Look.” It seems to be understood that if he had retained some aspect of ethnicity either in physical bearing or in a spoken accent, then that would definitely be understood to be a “whitewashing” and would be deemed both ridiculous and contemptible.

Those points resonate with us. A lot. And we encourage you to read all of Nieto’s post. It is one that should not be missed. She is a rockstar for asking the question and getting an answer. Now we know where Affleck stands, and he still misses the point.