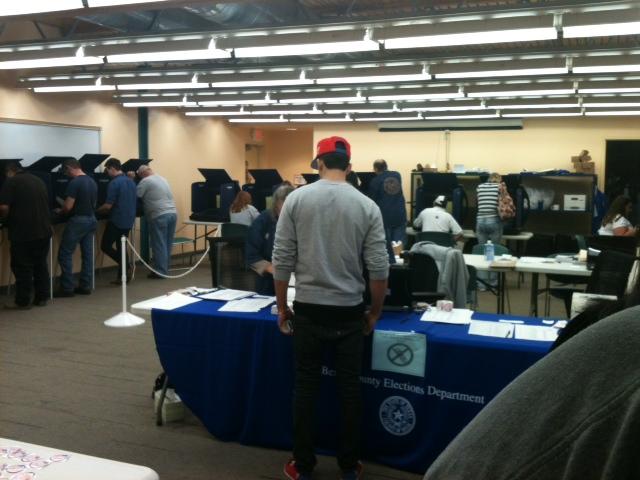 Young Latino voters are often lauded as a pivotal vote and there’s growing optimism that they will not be disengaged this November.

The Center for Information and Research on Civic Learning and Engagement (CIRCLE) released its poll results Wednesday indicating that half of young Latinos surveyed are motivated to cast a ballot. 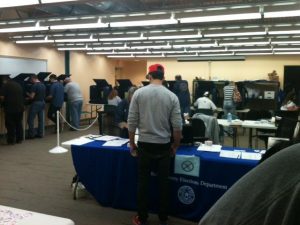 Nearly three quarters of Black youth say it is very likely or extremely likely they will vote in the 2012 Presidential Election, compared to 68.7 percent of White youth and 56 percent of Hispanic young people, according to CIRCLE.

The poll surveyed the same youth in June and July. This time around CIRCLE surveyed the identical group of 1,109 youth (aged 18-29)  between October 12 and 23.

For Paul Conway, a longtime advocate of youth civic engagement, such polls serve as a reminder to the campaigns. He believes that the millennial vote is going to be a critical component within the battleground states.

“I think it’s very fashionable to report the perception that young Americans are somehow not as engaged,” said Conway. “We completely reject that.”

Conway is the president of Generation Opportunity, a non-partisan youth civic engagement organization. He notes that their own surveys have shown high engagement among young voters or millennials aged 18 to 29.

“What we think is going on is because of record high unemployment and the fact that people are changing their everyday decision making in long term decisions based on the economy and unemployment—it would make perfect sense that people are just as engaged now as they have been in previous years,” said Conway.

In 2008 the president won his election with 75 percent of the young Latino vote, while the overall youth vote favored the president by 65 percent, according to national exit polls.

Recent surveys have also shown that the president is staking a lead in the overall youth vote. In the CIRCLE poll, the results diverge with race and ethnicity, but it indicates that Latinos are more favorable toward reelecting Obama. The survey also found an uptick of 14 points for the president since the summer.

Still, measuring Latino youth engagement this election and their preference for the president is still open to interpretation. Earlier polls conducted during the summer and in July showed a different result. In September, 30 percent of voters 18-29 were still undecided about which candidate to vote for as noted in a New York Times article.

Peter Levine, director of (CIRCLE), told The New York Times that the lack of enthusiasm for political engagement among youth voters might be troubling for the Obama campaign.

“I think the lack of excitement right now is palpable enough to be a challenge to the re-election campaign,” he said.

In terms of engagement, CIRCLE notes that young people, regardless of race and ethnicity, were more likely to say they had been paying “some” attention to the upcoming election than they were in June/July. Black and White youth are the most likely to say they pay “some or a lot of attention” to the news, while 66.8 percent of Hispanic youth said the same.

Analysts dictate there is still a gap among young Latinos in terms of turnout.

During a press conference call earlier this month, the National Association of Elected and Appointed Officials, Labor Council for Latin American Advancement, and the National Council of La Raza indicated that they were all optimistic that young Latino voters will turn out. They’re not targeting this voting bloc specifically, they explained, but they do fall into their overall mobilization efforts.

Voto Latino,  has employed a unique model by utilizing social media, injecting humor and garnering help from celebrities to connect to youths. Again, they claimed there are no hard numbers to substantiate their registration numbers this time around. What is important, they state is their potential.

It’s often cited that 50,000 Latinos turn 18 every year. To what extent employing these strategies will translate to the polls come Election Day is still a mystery. Often the claim is that young Latinos are engaged, the problem is that not enough people are asking them to participate.

Matt Platkin, a student at Stanford Law School, questioned this case in a political opinion piece for the New York Times last month titled “People don’t vote, when no one asks them to.” He relayed his experience in 2011 as the campaign manager for a young, outsider Latino candidate in San Antonio running for city council.

He came to the conclusion that local candidates should pay more attention to engaging young Latino voters. In his own experience, he believes some local candidates might avoid targeting this population. He said pouring more resources in key groups will pay off in the long run.

“It’s just a cycle,” he said. “If you vote once you’re in the system, people will come after you because you voted, and then you’ll become a consistent voter and then people will keep talking to you. That’s the way it’s worked for a while.”

Raisa Camargo is a staff writer at Voxxi.