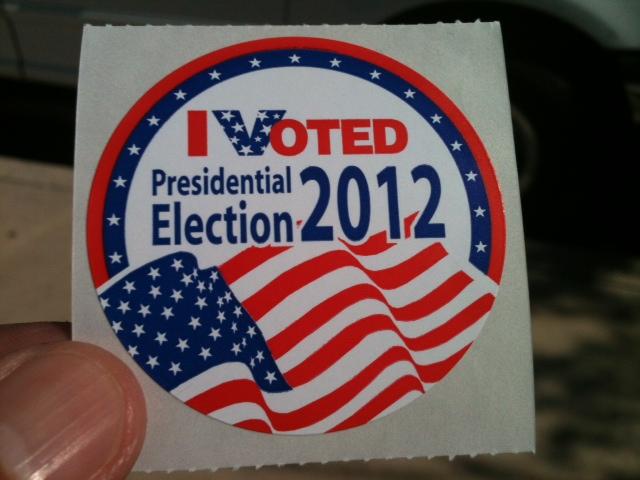 While Hurricane Sandy was pummeling BL headquarters, impreMedia and Latino Decisions published the results of their latest tracking poll showing record enthusiasm among the Latino electorate. 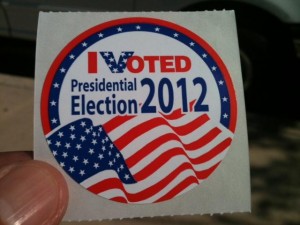 Major news sources are celebrating this most recent prediction, but I on the other hand am a bit more cautious. I’ll only cheer a record turnout on the morning of November 7th.

If you’re able to vote, then you must. It’s not only a great privilege to cast a ballot in American elections — just as the people of Puerto Rico — it’s also a sacred obligation. To be a Latino nonvoter is to hold yourself, your family and the members of your community back. To be a Latino who doesn’t vote is to put the Latino community — its heritage, its abilities, its ambitions — in someone else’s hands.

If you didn’t get around to registering this year and you’re past the deadline, then stay in on Election Day. And for that matter, stay in every day till the next election. If you refuse to be counted every two years, then we will refuse to count you at all.

But if you’ve registered and are all set to go, then please make it to the polls on Election Day or, if it’s available in your area, take advantage of early voting. I did, and it’s super easy. Then, come Election Day, you’ll have the luxury of staying home and seeing whether other Americans like you decided to exercise their rights or not.

There’s been much ado about nothing over Latino population growth during the past decade, but more impressive than our projected growth is our turnout rate. In a representative government, voter turnout is the only number that matters.

If you don’t vote this year, then save Mitt some time and self-deport yourself.

This article was first published in Being Latino.

Hector Luis Alamo, Jr., is an associate editor at Being Latino and a native son of Chicago’s Humboldt Park neighborhood. He received a B.A. in history at the University of Illinois at Chicago, where his concentration was on ethnic relations in the United States. While at UIC, he worked first as a staff writer for the Chicago Flame and later became the newspaper’s Opinions editor. He contributes to various Chicago-area publications, most notably, the RedEye and Gozamos. He’s also a cultural critic for ‘LLERO magazine. He has maintained a personal blog since 2007, YoungObservers.blogspot.com, where he discusses topics ranging from political history and philosophy to culture and music.