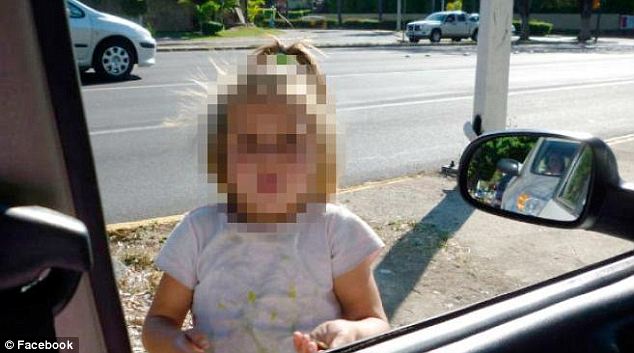 The last few days a story from Mexico made the English-language online media in both the U.S. (CBS News,Jezebel) and the U.K. (The Daily Mail). The story involved a person in a car uploading a Facebook photo of a 5-year-old blonde and green-eyed girl begging on a Guadalajara street after believing that she was kidnapped because, hey, she was blonde and had green eyes. 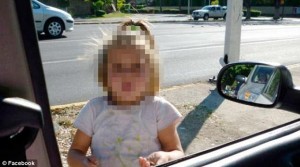 Race and Mexico’s legacy as a country that to this day treats racism as a badly-kept secret hiding behind affectionate terms (negro, chino, güera, indio, etc. etc.), became a huge part of the story. So huge that the local police and authorities in Guadalajara acted on the suspicion from social media that the little blonde and green-eyed girl was indeed kidnapped. She wasn’t. She had parents, and the little girl, known locally as “la Güerita de la Canaco,” is just like a lot of other poor kids in Mexico who have to beg on the streets. In the end, the little girl was taken to an orphanage, and the story continues.

Now, the police deny that racism was not the motive for checking to see if the little girl was a victim of a kidnapping. Yeah, right.

Let’s admit it: if there is one ugly stain about Mexico (as well as all of Latin America), it is a culture of institutionalized racism and classism. Wait, a blonde girl with green eyes was begging on the street? Something must be done! In the end, this story confirms that Mexicans should be waking up and asking themselves, “why do so many kids beg in the street?”, instead of posting their outrage at the thought of a little blonde girl with green eyes being forced to beg on the street. How elitist and racist can people be? A lot. Here’s hoping that changes.

Which brings us to the current English-language coverage of this story. First up, CBS News, which ran a wire piece from the Associated Press: “Case of Blond Girl Beggar Strikes Nerve in Mexico.” The AP story includes the following:

The attention to the Facebook photo and the way officials rushed to find her and detain her mother have renewed a debate about racism in Mexico, where millions of indigenous people live in poverty and passers-by often barely notice the dark-skinned children begging in the street.

What the AP story fails to even mention or even begin to discuss are the reasons WHY extremely poor kids in Mexico have to beg. Instead, the brief story suggests that there is racial outrage in Mexico, without really going into any depth about the social, historical, and economic causes behind racism in the country, and also why the country and its leaders continue to ignore countless of Mexican children who are subjected to such a tragedy. Nice glossing over of the story, AP. You really have no clue.

Next, let’s turn to Jezebel. The Jezebel story basically regurgitated the AP story from the CBS News site. But, and this is a big but, it ran the picture of two unidentified Mexican kids in costumes without a caption and over the story’s headline. Does Jezebel think that such an image added any value to the story? Here is the screen capture: This is a photo of two children in costume for a festival, not an example of children who beg or sell gum in the streets all around Mexico. I appreciate that you covered this story, but your choice of photo seems offensive and unrelated to the article. Your photo suggests that the two brown children pictured – with what appears to be a supervising adult to the right – are beggars when nothing in the photo suggests this, and thus supports a racist line of thinking that your article purports to be addressing. It is tragic that people would be offended by authorities trying to help any child, but it highlights the gross reality that children in Mexico work in dangerous and compromising ways to, often to support their very poor families, the majority of who are indigenous and many of whom do not speak Spanish as a first language and are disenfranchised by their poor educational system. The best we can hope for at this juncture is that the sensationalism of this event does bring more attention to the devastating issue of child workers in Mexico, and it’s connection to the greater issues of systemic racism and poverty in the same country where the richest man in the world, Carlos Slim, lives.

Which leads us to The Daily Mail. Now, the story actually adds a bit more, much more than the AP and Jezebel. For example, here is an excerpt:

“We need to see a white girl to worry about kidnapping, trafficking of children and child exploitation,” wrote human rights activist Yali Noriega. “I’ve never seen photos of Indian children or simply dark-skinned kids circulating on the Internet with people asking others to help them.”

Others believe the mother could sue the government for taking her daughter based only on uninformed public opinion.

“It is not right that just because of the color of her skin, they can say it’s not her daughter,” said Xochitl Galvez, a former federal Cabinet minister who is an advocate for Indian rights. “There is no such thing as a pure race. We are a mix … that tells you a lot about the authorities’ lack of knowledge.”

But the Daily Mail fails as well, and here is why. The story posted the Facebook image of the girl with her face blurred, but then proceeded to post two pictures of poor brown-skinned children begging in the streets. What are you trying to suggest, Daily Mail? Don’t answer that. We suspect what your motive was.