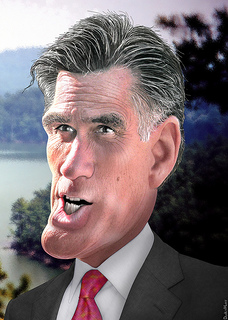 Mitt Romney showed up Tuesday night talking about “binders full of women” being brought to him when he was governor. Sounds kind of kinky and certainly not something you want to be touting.

The phrase was part of Romney’s answer to a question from an audience member at the second presidential debate about how he would “rectify the inequalities in the workplace.” Referring to when he took over as Massachusetts governor, he said, “I had the chance to pull together a Cabinet, and all the applicants seemed to be men,” he said. “I went to a number of women’s groups and said, ‘Can you help us find folks?’ and they brought us whole binders full of women.” 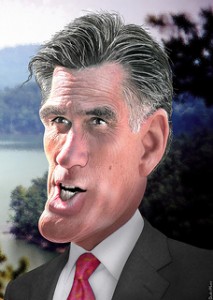 The “binders” moment went viral immediately on Twitter, spawning @RomneysBinders and@womaninabinder Twitter handles. As of Wednesday morning, almost 300,000 people had supported a Facebook page about what a politically dumb statement it was. Romney may soon say it was “inelegant” phrasing or he didn’t finish his statement or some other excuse, but the comment shows why voters, especially women, don’t trust him and don’t believe he has their back.

In fairness, “binders” was most likely a slip of the tongue. But Romney said it in an effort to obfuscate and pivot from the issue at hand: equality for women. He avoided the real question, and that, and his remark, spoke volumes.

Even as a slip of the tongue, this odd phrase betrays Romney’s true lack of understanding, knowledge and comfort level on women’s equality. And besides the binders comment, there are several problems with the story Romney told Tuesday night.

First of all, it is not true. The “binder” of women’s résumés was prepared before the election by the Massachusetts Government Appointments Project, a coalition of nonpartisan women’s groups. When Romney won, the women — not in binders — gave him the résumés.

Romney told that story in an effort to demonstrate how well his administration had done in hiring women. Except it didn’t. A study by the University of Massachusetts and the Center for Women in Politics and Public Policy shows that the percentage of women in senior positions during his tenure actually declined. It went from 30% when Romney took office to 27% when he left and up to more than 33% after the new governor took over.

Also, it boggles the mind that throughout his decades-long career in business, Romney had not come across any qualified women he could appoint to his Cabinet. The Romney campaign points to longtime aide Beth Myers, but she was not in the Cabinet.

The more reasonable explanation is that diversity of gender, or any kind of diversity, was never an important tenet of corporate leadership for Romney. Which is why he did not proactively seek out the “binders full of women”: Women’s groups, in fact, came looking for him.

All of this goes to the heart of why Romney has had such a hard time winning over the women’s vote. He answered the audience member’s question from the standpoint of a detached CEO who knew that he had to find qualified women to serve in his administration come hell or high water, given the vast disparity between men and women holding management positions. He must have known he would be blasted if he didn’t do it. In this day and age, this should be a no-brainer. You should not ask the American people to give you a medal for hiring qualified women.

The dissonance when it comes to the governor and women went even further at the debate. Romney not only couldn’t answer the question about women’ equality, he could not even answer a question about outlawing AK-47s without bringing up single mothers. Saying he did not believe in changing gun laws, he seemed to equate children raised by single parents with the “culture of violence.” I may be wrong, but I don’t think that is a good strategy to get struggling single moms to vote for you.

President Obama, in contrast, answered the equality question not just from a personal standpoint as a father but also as a commander in chief who signed a bill into law that guaranteed women could receive equal pay for equal work, the Lilly Ledbetter Act. Romney conspicuously never said whether he supported that act. The president’s approach was much more in synch with what women want to hear and with what all Americans know to be fair.

The binders comment was even more unfortunate for Romney in that he said it in the midst of Obama’s very strong showing. The president clearly showed that he had the fight, the passion and the commitment to continue to work for middle-class voters — on jobs, on health care, on taxes, on education, on immigration and, yes, on women’s issues.

This all underscores Romney’s inability to really connect with voters. Although he seemed to win a little more favor among women after the first debate, I predict binders of polling data as to why that movement stopped after Tuesday night.