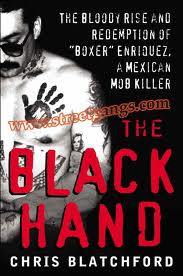 A group of inmates in California’s maximum security lockups — Pelican Bay, Corcoran and Tehachapi — are calling for an end to the racial warring that has been part of prison life in the state since … probably since I was born.

Among those calling for this within this coalition are members of the Mexican Mafia, which has warred with blacks in the prison system and ordered Latino gang members in Southern California to wage wars on the streets with blacks as well.

One of the leading members of this collective is Arturo Castellanos — a long-documented Eme member, aka Tablas, serving a life prison sentence for murder since 1980 — who, trial documents and evidence show, ordered up the Florencia 13 war on blacks in the Florence-Firestone unincorporated area that turned that area into a war zone for several years, the worst of which was 2005.

In the federal indictment of Florencia 13 members, the unindicted co-conspirator, identified only as AC, is, according to sources, Arturo Castellanos.

The Black Hand, about ex-mafioso Rene Enriquez, gives a clear idea of how the Eme has used activist groups, lawyers and others to promote their own financial/criminal interests. In interviews with ex-Emeros and their soldiers, I’ve heard these stories as well.

Those interviews have also made clear that the truce edict and the order to end drive-by shootings in the early 1990s were simply ways of organizing Latino street gangs in Southern California into units to tax local drug dealers and kick back some of the money to incarcerated Eme members. Among the edicts the Eme came up with during these years was an order to push Latino street gangs to war with blacks in their areas, rid their areas of black drug dealers, etc.

Surely it’s a welcome thing to end racial wars in prisons, but history and evidence show that with the Eme you always wonder about underlying motives.