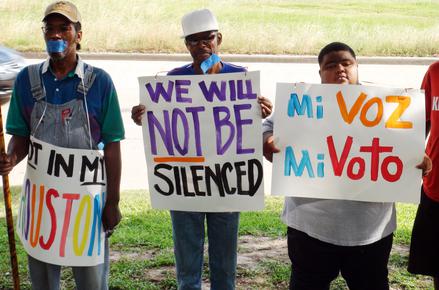 Legal barriers in a total of 23 states threaten to impact voter registration and participation of Latino citizens in the upcoming election.

According to a report released today by the Advancement Project, some of the voter suppression policies are alleged noncitizen voter purges of registered voters targeting naturalized citizens, states requiring proof of citizenship for voter registration, and different forms of restrictive photo ID laws that affect Latino citizens who don’t have the required paperwork. 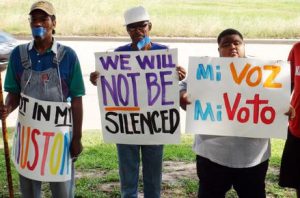 “The pattern is unmistakable,” says Judith Browne Dianis, co-director of the Advancement Project. “State after state has moved to obstruct the ability of millions of Latino citizens to participate in our democracy.”

The Latino community comprises more than 10% of the nation’s eligible voters and about 8% of its registered voters. These barriers could deter or prevent more than 10 million Latino citizens from registering and voting in the 2012 election, states the report.

The Advancement Project and their partners are fighting back against the assault on Latino voting rights, and have seen major victories. In the past few weeks, Florida has backed down for their voting purges, agreeing to inform all eligible citizens on the purge list that their voting rights will be restored. The Justice Department struck down Texas’ voter ID law. Also, the Pennsylvania Supreme Court returned the voter ID case to a lower court, ordering the state to prove that voters will not be disenfranchised—a step in the right direction.

Voters can take matters into their own hand by ensuring they have the right information about polling places, documents that will be required, and knowing who to contact for more information such as their elections supervisor.

“There’s no doubt that the impact is very real,” says Lee Rowland, who serves as a counsel for theBrennan Center for Justice’s Democracy Program. On getting Latinos registered, Rowland says, “It’s in the thousands or millions of people who benefit from these drives.”

Contact vote.colorofchange.org for more information on how to register to vote. Early voting will start shortly in many states so voters should make sure they are aware if their state is an early voting state.

This article was first posted in Latinovations.