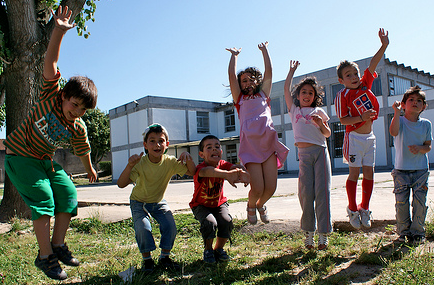 San Antonio Mayor Julian Castro made an impassioned argument at the Democratic National Convantion that investing in opportunity today leads to prosperity for all tomorrow. Telling the story of his own journey from a struggling family to the mayor of a major U.S. city, he underscored that, “My family’s story isn’t special. What’s special is the America that makes our story possible.”

Unfortunately, today that American Dream is at risk for too many young people. Data today released by the U.S. Department of Agriculture underscores that we have a long way to go in starting children off on an equal playing field, particularly Latino kids, but also reveals that investments made by the Obama administration have made an enormous difference in moving the ball forward. 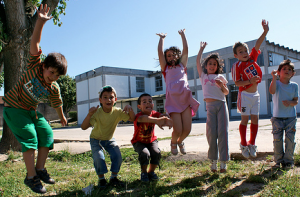 Here’s the bad news: The USDA’s annual food security report reveals that nearly 1 in 3 Latino families with children struggled at some point last year to put food on the table, the highest rate among any racial or ethnic group. This data should be a wake-up call among policymakers that ending child hunger and closing racial and ethnic disparities in access to healthy food must be a national priority.

Ending child hunger is not just the right thing to do – it is an economic imperative. Child hunger is associated with a wide range of negative outcomes from lower educational achievement and workforce productivity to higher healthcare costs down the line.  And these outcomes are costly. The Center for American Progress and Brandeis University released a study earlier this year showing that hunger costs the U.S. economy $167.5 billion a year.

The disproportionate rate of food insecurity among Latino families with children doesn’t bode well for our future economic competitiveness either. By 2042, the United States will be a nation with no clear racial or ethnic majority, exactly when the children in today’s Latino families struggling against hunger will be in the prime of their working lives. If we do not make a concerted effort now to close racial and ethnic disparities, we are undermining our long-term economic competitiveness.

But here’s the good news: Good public policy can make a difference. The Obama administration has made significant investments in nutrition assistance that has helped stemmed the increase in families who run short on food, and importantly has prioritized creation of good jobs and tax credits for working families that help families earn sufficient income to afford adequate nutrition.  We need to do more to put families back to work, improve wages, and protect and invest in adequate nutrition for struggling families, but even as poverty has risen the past few years, theshare of families struggling to afford an adequate diet has stabilized, in large part due to an effective nutritional safety net.

Conservatives, on the other hand, want to take us in the opposite direction. The House Republican Budget would cut $134 billion over 10 years from the Supplemental Nutrition Assistance Program, the nation’s bedrock anti-hunger program. Such cuts could force 8-10 million people off of nutrition assistance, and kick 280,000 low-income schoolchildren off automatic enrollment in the free school lunch program. These cuts would also ripple through the economy, slamming the food industry where Latinos are disproportionately employed. The first year of nutrition cuts alone is expected to cost us 184,000 jobs.

Latino children are tomorrow’s workers and taxpayers.  Investing in opportunity for them today by ensuring they have adequate nutrition means greater prosperity for all of us tomorrow. Let’s make sure all our children have the building blocks they need to thrive and reach for the American Dream.

Melissa Boteach is Director of the Half in Ten and Poverty & Prosperity Program at the Center for American Progress.