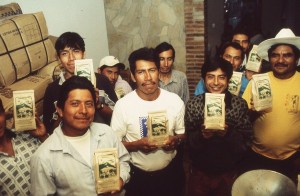 It was only a matter of time. The mayor of an Indian town in Guatemala has declared Internet access to be a human right.

Many Indian communities suffer because they are so isolated from the world.

Anthropologists and tourists often like their Indians very traditional. But tradition has had a way of impoverishing Indian communities.

I’ve been to Indian towns where most people don’t know how to type, use a fax, or drive. Those are formulas for poverty in the global economy. I once met a guy who was learning to type who said he was the first in his village to learn that skill.

To breaking from those impoverishing traditions is one reason why so many Indians are converting to Protestantism in Latin America.

It’s an ironic thing, but the only way to maintain a strong Indian culture is not to embrace isolation, but, as this mayor has, embrace the world. That way a village can develop economically so that its people don’t have to migrate defenseless into a world where education is the currency of value.

There was a time in the 1990s when it was fashionable on the left in Latin America to talk about the pernicious effect of globalization on the poor. But really what Indian communities need above all is more globalization, which is to say, more connectivity — that is, more roads, more Internet connections, more people who know how to type, more people who speak Spanish or English, etc.

One village in Chiapas I went to (pictured here) was part of a coffee cooperative. The only thing they wanted, coop members told me, was a connection to the Internet, which would connect them, in turn, with coffee buyers in Mexico City, or Seattle, and they wouldn’t have sell their beans to the local intermediaries who gave them rock-bottom prices.