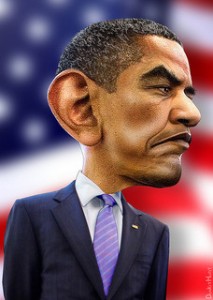 A month ago, when Mitt Romney addressed the National Association of Latino Elected and Appointed Officials during its annual conference in Orlando, Florida, many thought he was on a path to adopting a more nuanced tone on immigration and coming up with an aggressive strategy to woo Latino voters to his side.

Instead, he lately seems to have adopted U.S. Rep. Michele Bachmann’s messaging strategy, using a version of the Minnesotan’s line from the 2008 campaign when she went on a rant about the views of then-Sen. Barack Obama and his wife being “very anti-American.”

Romney is not making it easier for Latinos to support him. In fact, the strategy will continue alienating this critical demographic group, along with independents and women.

“I wish this president would learn how to be an American,” he said.

Granted, he apologized for it later that day, but the subtext is still there. Romney himself is using a version of the line when he says that Obama’s way of doing things seems “foreign.” To many voters, that is code for “un-American.”

On Monday he declared, “I think it can now be said without equivocation” that Obama “hates this country.” And Republicans don’t seem to be in a hurry to admonish him or distance themselves from those statements. Romney has not responded.

To be clear, as a Democrat, I am not surprised or complaining that the GOP is resorting to such low levels. As for House Speaker Tip O’Neill was fond of saying, “Politics ain’t beanbag.”

As a political strategist, however, I find this new tactic reckless and dangerous for a political party that needs to broaden its base of support to win — among independents, women and especially Latinos. This kind of language will do the opposite.

As an American Latina born in Colombia, I recoiled at this language, the same way I did in 2008 when Bachmann used it. It reminds me — and I suspect it reminds many other Latinos in this country — of the lengths to which many in this Republican Party have gone to marginalize those who represent the new and changing demographics in the United States.

Given that experts say Romney needs at least 40% of the Latino vote to win, this is an odd strategy for someone who enjoys Latino support in the low 20s. Contrast that to the effort going on in the Obama campaign to continue speaking to Latinos about the issues they care most about.

For example, I recently moderated a chat between first lady Michelle Obama and Latina moms from Mamiverse.com, a website for bilingual/English-dominant Latina moms.

It was a masterful political stroke by the Obama campaign. In half an hour, through this historic live chat, they demonstrated they understood just how important the voices of Latina mothers were going to be this election cycle and how critical that would be to Obama’s re-election in this very tight race.

Obama won 67% of the Latino vote in 2008. A few months ago, I would have said it would be a big challenge for him to repeat those numbers, especially given some disappointment among Latinos about the president’s not being able to deliver on immigration reform, as well as his record on deportations. But he is now on track to gain the same amount, if not more, of the Latino vote.

This week, Latino Decisions released a poll that gives Obama 70% of the Latino vote to Romney’s 22%, the highest support the president has enjoyed from the Latino community to date. If those numbers hold, it will be very hard for Romney to win the election.

This jump in support is a clear sign that the Obama campaign is doing a much more aggressive job of reminding Latino voters what this president has done to help Latino children and families get ahead:

– The Recovery Act has kept 1.9 million Latinos out of poverty, and the president’s actions to create 4.5 million jobs include millions of new jobs for Latinos.

– A $5 billion investment in the Head Start program benefits hundreds of thousands of Latino children who are more than one-third of Head Start participants.

– And facing the “party of ‘no’” on immigration, Obama has given temporary relief to almost 1 million “dreamers” — undocumented kids who came here through no fault of their own and know no other country to call their own. They will be able to study or join the military without the threat of deportation.

But Obama is getting some help from the GOP as well.

The Romney campaign’s attacks on Obama as being less than all-American and “foreign” will bring to mind everything the GOP has said and done in the past to make Latinos feel unwelcome in their own country.

For example, it will bring vivid memories of Kris Kobach, architect of the harsh Arizona SB1070 law, Romney’s own “self-deportation” comments that won him the not-so-honorary title of being the most right-wing GOP presidential candidate on immigration, U.S. Rep. Steve King’s remarkscomparing immigrants to dogs and GOP Kansas State Rep. Virgil Peck’s comments on fixing immigration by shooting immigrants from helicopters like feral pigs.

What’s worse for the GOP is that not one national GOP leader has strongly condemned such voices. Some Republicans now, including former Florida Gov. Jeb Bush and Sen. Marco Rubio of Florida,warn their own party members they must change their tune.

Will these elected officials and party elders now warn their party about the danger of taking Bachmann’s lead on messaging in this new line of attack against Obama? They should.

But Democrats probably won’t lose any sleep if they don’t.