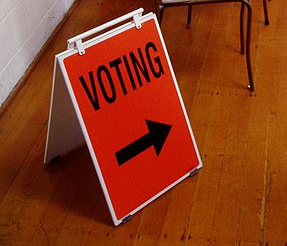 Everybody has said that Latinos could elect the U.S. president this year.

But Hispanic leaders at the CNC conference in Miami Friday took that a step forward and said that, if trends continue, the Latino vote can decide the next three presidential elections.

And that will be especially true if widespread efforts to register more Hispanic voters are able to close the gap between the 11 million Latinos who can already cast ballots and the 22 million or so who are eligible.

The number of Hispanics eligible to vote is growing at a faster pace than the number of Latinos who register. And that is of concern to the Hispanic leaders who spoke at “The Power of the Latino Votes” panel discussion at the conference.

“For every one of us who is registered to vote, another member who is eligible in our community is not,” said Janet Murguia, president and CEO of the National Council of La Raza, the country’s largest Latino voter registration organization, which has recently reached the 20,000 mark.

“That is the potential we have to really make a difference,” Murguia said. “We as organizations need to make sure we are not in this every four years for every presidential election. For us, this has to be a full-time effort if we are going to influence voting not only this year but also beyond in the years 2016, 2020. The work we are doing today and now is going to be very important.”

Murguia said that there would be “full engagement” from the Latino community in this election cycle and that the efforts made to register more Hispanics and get them to vote are increasingly important.

“If we can’t make a difference now when our demographics are so high, we won’t be able to take advantage in future years,” she warned. “It’s very important to have a future view.”

Arturo Vargas, executive director of the National Association of Latino Elected and Appointed Officials, reminded participants and the panelists that more than half the under-18 population in California is Hispanic. In Texas, that number is at 48 percent.

He said that the estimated 12.3 million Latino voters in the 2012 presidential election will also put Hispanics into newly-redistricted seats in Congress, as well as fuel votes for Hispanic candidates in state contests and even municipal and school board races across the U.S. He estimated that there are at least 30 new elected Latinos in important seats nationwide. And that will be another factor to impact the Latino vote in 2016 and beyond.

“There will be mobilization up and down the country because Latinos will be running for office for the first time in many places,” Vargas said.

“The Hispanic vote can’t be taken for granted by the Democratic party,” Aguirre said, adding that it behooves both camps to find ways to reach Hispanic voters. “There’s a tendency, and in Florida with the Puerto Rican vote, Hispanics are registering independent. You are seeing dissatisfaction with both political parties.”

She admitted that a majority of Hispanics still tend to vote for Democratic candidates. “And, in truth, the Democrats do a much better job of reaching the Hispanic voter,” Aguirre said, adding that the Republican party was too monolithic. “They tend to be the older, white, non-Hispanic men in the room. And when you look at a corporate board that is trying to sell to the Latino market, and you say to yourself, ‘If you don’t have any Hispanic on that board, how can you get your message across to those people in a way that is culturally relevant?’ This is how the Republican Party is challenged.”

And they need to step up their game because, Aguirre believes, Mitt Romney cannot win without a good third or so of the Latino vote.

“The Republican party needs to ensure that although the majority of Hispanics are going to vote Democrat, that it’s not a landslide,” Aguirre said. “Obama will get, needless to say, 50 plus one. But it’s crucial that Romney, for example, gets 38 percent.”

That is why, she said, the Republican National Committee is spending at least $3 million on efforts to register Hispanics nationwide. “In key states where they think they can be successful,” she said. “They were not doing that in 2008 and 2010.”

But, she admitted, it’s an uphill battle.

“Is there enough desire and enthusiasm to go out and vote? The idea that we were going to change the American landscape [after 2008] certainly didn’t translate.

“Not in the terms of immigration,” Aguirre said. “That clearly changes the conversation because the Republicans absurdly and unjustly let that conversation become so acid and instead of talking about immigration reform, they really came across in so many cities as anti-Hispanic.”

Elaine de Valle writes for Voxxi. She’s worked at the Miami Herald and was on two Pulitzer Prize-winning teams, including one that uncovered widespread election fraud and overturned a Miami election.

This article first appeared in Voxxi.