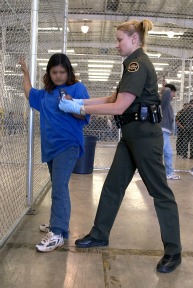 PHOENIX – This weekend, Arizona prison inmates who call their moms on Mother’s Day will pay as much as $2.75 per minute on a collect call.

Prison phone rates vary widely from state to state but, in general, they burden families trying to provide support for incarcerated loved ones. That’s the view of Lee Petro, a Washington, D.C., lawyer and expert on prison telephone service contracts. At issue, he says, are monopolies that benefit phone companies and give commissions or “kickbacks” to state governments.

“In states where there are preexisting contracts that involve commissions that are being paid to the local governments or state governments, a 15-minute phone call can cost more than $20.

Historically, high rates have been rationalized by the need to monitor jailhouse calls. Advocates say better technology has brought those costs down, although inmates and their families continue to pay exorbitant rates.

Steven Renderos with the Center for Media Justice is an organizer of today’s Mother’s Day of Action. He says the website PhoneJustice.org, is collecting stories about prisoners and families affected by the high-cost phone calls.

“It’s an opportunity to elevate stories from families, from people who have loved ones behind bars. We’re going to send those stories directly to the FCC, because the Federal Communications Commission has a direct role to play in addressing the rates of phone calls within prison.”

High prison phone prices end up driving a wedge between inmates and their families, adds Petro – which, in the long run, burdens society.

“You know, it’s a proven fact, over and over again, that the level of contact they had while they were in prison – with their family and their social network – renders their reentry into society more beneficial, more stable, and they are less likely to commit crime down the line.”

Advocates for reforming the prison phone system also say the problem affects those hardest pressed to cope with it. They point out that, of the 2.3 million people incarcerated in America, nearly 40 percent are black and nearly 20 percent are Latino.