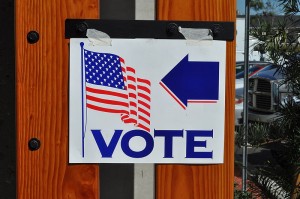 Mitt Romney’s lack of campaign advertisements in Spanish has some in the Latino community wondering if his claims that he “believes” in the Latino population are true.

At this point in the 2012 Presidential Election campaign, Romney has only released one Spanish language ad. The ad, which was released in January 2012, has created a lot of controversy and spurred a counter ad from known Obama backers, the Service Employee International Union (SEIU) and Priorities USA Action.

“In Spanish [ads] he says he believes in us, and in English he says he would veto the DREAM Act and would deport immigrants,” says Eliseo Medina, SEIU Secretary-Treasurer. “For Latinos immigration is a defining personal issue.”

Many in the Latino Community believe that President Obama has made a clear effort to reach out to the community. For his 2012 re-election campaign, the President has introduced “Latinos for Obama”, an effort specifically aimed at the needs of Latino voters. The President has already appeared in Univision over 15 unique times, and his campaign has aired several Spanish language ads.

“[The November election] is an opportunity in this country for the Latino community to send a message,” says Senator Robert Menendez, of New Jersey. “The reality is that we look at [immigration reform] as the civil rights issue of our time.”