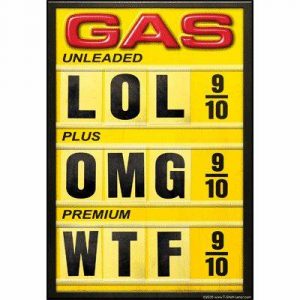 Gas prices are reaching record highs for this month, increasing 67 cents since January – a 20 percent bump.  American families spent $5  million more on gasoline the week ending March 26 than they did the week ending January 6—even though average weekly gasoline purchases are among the lowest in 11 years. But while high gas prices affect all Americans, Latino families bear a heavier financial burden than most.

Seventy-two percent of Latino households are experiencing financial hardship—with 41 percent reporting “serious hardship”—as a result of rising gas prices, says a newCenter for American Progress Action Fund poll. The numbers are even worse for Latinos in the heavily car-dependent state of California, where prices regularly breach $4 per gallon and an overwhelming 88 percent of Latinos reported financial hardship due to rising gas prices last year.

According to the 2010 Consumer Expenditure Survey, the most recent data available, U.S. Latinos spent 5.3 percent of their total income on gasoline and fuel—a full percentage point higher than whites, and double what Latino families spent on fresh fruits and vegetables. Further, the majority of Latino-owned businesses are heavily petroleum dependent—more than half of them are in sectors like construction, waste management, maintenance and repair, transportation, and warehousing enterprises. These types of businesses often rely on gasoline-fueled transportation and machinery, and fuel costs severely impact operation costs and bottom-line profits.

Much of the media coverage on rising gas prices focuses on whom to blame. Conservatives want to portray President Barack Obama’s energy policies as the main culprit behind price spikes, while progressives point to record-high profiteering by oil companies and unchecked speculation by Wall Street investors as factors driving up prices. And although U.S. oil production has reached an eight-year high under the Obama administration, there’s still no relief at the pump.

The tough news is that no silver bullet can lower gas prices in the short term. We need to be honest in our public discourse and admit that “drill, baby, drill” in our oceans and public lands will not lower gas prices, as numerous studies reveal. The United States only has about 2 percent of the world’s oil reserves, and we are responsible for about 20 percent of global consumption.

To really get to the heart of the problem, we need to move beyond the short-term gas-price debate that surfaces every year and figure out next steps. Namely, how do we make all communities, particularly Latino communities who are bearing the brunt of the pain, less vulnerable to gas prices?

The short answer: We need functional, alternative options to increase mobility and decrease fuel use.

Increasing fuel-efficiency standards in all new cars and light-duty trucks, which the Obama administration has already introduced, is a step in the right direction. In fact, a 2011 poll found that82 percent of California Latinos have strongly considered purchasing more fuel-efficient or alternatively fueled vehicles. The glaring problem, of course, is that many of these vehicles are not affordable yet, so incentive and rebate programs are still needed to bridge the consumer price gap. But before we write this idea off as subsidizing those with low incomes, consider that U.S. Latino purchasing power was more than $1 trillion in 2010, and opening up new markets is a very rewarding venture.

Expanding public transit infrastructure is also critical to reducing vulnerability, particularly for those who cannot afford to purchase a new car. Latino families tend to live in highly urbanized areas, with 75 percent of the Latino population concentrated in eight states. And Latinos are three times more likely than whites to use public transit to get around. Latinos and African Americans in urban areas comprise more than 54 percent of all transit users—62 percent of bus riders, 35 percent of subway riders, and 29 percent of commuter rail riders. This means that more buses in particular and more public transit in general can help alleviate some of the pain.

In sum, Latinos will be vulnerable to rising gas prices as long as alternatives stay out of reach. But our elected leaders have a big say in this matter. Right now in D.C., Congress is debating a massive transportation bill that will have serious implications on funding for new transit projects across the country. The current version in the House of Representatives ends the 30-year practice of allocating a portion of the federal gasoline tax to support transit funding, while expanding drilling offshore, in our national parks, and in the Arctic. If these misplaced priorities are allowed to go forward, Latinos can expect a lot more of the same vulnerability.

Smart policies and investments can help Latinos reduce the need for oil and gas in their everyday lives, not be so beholden to oil companies, and feel the sting at the pump just a little less—or not at all.

Jorge Madrid is a Research Associate for the Energy Policy team at the Center for American Progress.

[Photo by A Siegel]