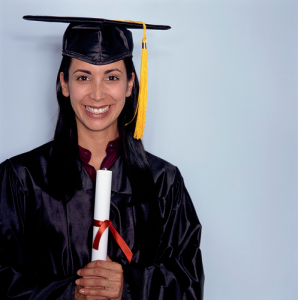 3.8 million Latinos in the U.S. now have a bachelor’s degree or higher, according to the Census Bureau, showing an 80% increase between 2001 and 2011.

“This is an important milestone in our history,” said Robert Groves, Census Bureau Director. “For many people, education is a sure path to a prosperous life.”

According to Census data, people with higher education have a lower unemployment rate, as well as higher wages than those with just a high school diploma.

Among those obtaining college degrees, are Latinos in the medical field. As previously reported on La Plaza, application by Latino students to U.S. medical schools increased almost 23% since 2004.

This increase in college degree attainment is seen as an important factor in the conversation regarding the possibility of Congress passing the DREAM Act, the a bill that would grant legal status to undocumented immigrants who came to the country at a young age and complete at least two years of college or enlist in the Armed Forces.