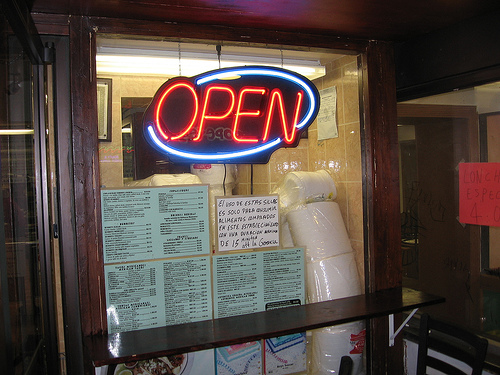 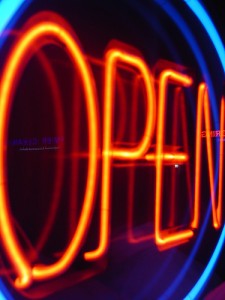 By Lisa Rickard and Hector Barreto

Americans often think of lawsuit abuse as a problem associated with larger businesses.  But small businesses bear a large portion of the lawsuit burden in the United States. According to the Small Business Administration, small businesses create 64% of new jobs in America, and yet, frivolous lawsuits cost small businesses collectively over $100 billion in 2008. That seems a heavy burden on a sector that needs to thrive in order to revive this fragile economy.

Which makes the impact of lawsuits on Latino small businesses all the more troubling. For many in the Latino community, entrepreneurship is the gateway to achieving the American dream. According to the U.S. Census, Latinos in this country are three times more likely to start a small business than the overall population.

But abusive litigation against these small businesses threatens their business and their very economic future. A survey of small business owners taken since the economic downturn showed that overall, 92% said the poor economy has made it more difficult for their company to absorb the costs associated with lawsuits. And more than two-thirds of small businesses said that if targeted by a lawsuit, they would likely be forced to hold back on hiring, reduce employee benefits and pass costs onto consumers.

Yet lawsuits against these vital businesses continue even through the troubled economic times in places like California. Latino small businesses in the Golden State have been targeted by unscrupulous lawyers filing abusive lawsuits on behalf of plaintiffs seeking to gain as much money from them as possible under the Americans with Disabilities Act.  And Latino business owners can be especially vulnerable to these lawsuits due to a language barrier and some Latino business owners’ unfamiliarity with the U.S. civil justice system.

For that reason, the Institute for Legal Reform has launched a public education campaign – the first of its kind – specifically targeted towards Latino businesses in the U.S.  The national campaign consists of paid media on Spanish language Television, Spanish language radio, and on-line advertising, underscoring the vulnerabilities that exist for Latino businesses.  The campaign urges Latino business owners to visit the Spanish-language version of the website, www.facesoflawsuitabuse.com, which is www.abusodedemandas.org, to learn more about these stories of lawsuit abuse and how others have dealt with this problem.

Partnering with groups such as the Latino Coalition and the Civil Justice Association of California (CJAC), ILR will help educate Latino entrepreneurs and businessmen and women about the impact of lawsuit abuse through a public education and awareness campaign by highlighting the stories of Latino business owners who have been the targets of lawsuit abuse.  The campaign was launched just last month. Violations of the ADA are very serious indeed and no one disagrees that action should be taken to correct problems.  But serious questions arise when lawyers and plaintiffs claim they are standing up for the rights of disabled people everywhere, yet the record shows a relative few have become wealthy by filling their own coffers from such lawsuits.

California stands at a lowly 46th in the ILR’s Harris survey ranking of state legal climates. California’s Unruh Act may explain why it has far more ADA suits filed than any other state. This law allows plaintiffs to seek monetary damages (as opposed to just injunctive relief) of up to $4,000 for each and every ADA violation, which has in essence created the perfect breeding ground for frivolous lawsuits over minor violations.

According to the online Justia database, 5,590 non-employment ADA suits have been filed in federal courts in California since the beginning of 2005, as opposed to 378 in Texas, 770 in New York, 1,580 in Florida, 129 in Illinois and 330 in Pennsylvania over the same time period. This matters to California’s Latino-owned small businesses because Latinos make up about 37% of the state’s overall population, increasing the pool of targets – and the economic impact to the state overall.

The Faces of Lawsuit Abuse campaign aims first to bring awareness to the Latino population so that these business owners can be prepared and on the lookout to ensure that they will not easily fall prey to these abusive lawsuits. As leaders in both the U.S. business community generally, and in the Latino business community specifically, we understand that Latino small businesses play a crucial role in turning around the country’s economic fortunes. And the real problems of abusive lawsuits against Latinos are not just seen in statistics, but in the faces of those who daily confront the damage these lawsuits can do to this important community.

Lisa A. Rickard is president of the U.S. Chamber Institute for Legal Reform.

Hector Barreto is Chairman of the Latino Coalition and former Administrator of the U.S. Small Business Administration