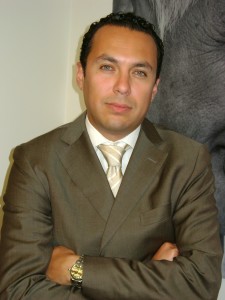 There are stories of human pain and workers’ rights abuses that are oftentimes ignored or simply never told.  Through their labor, workers are fundamental to the prosperity of American society but they don’t receive bonuses, incentives, awards or medals for keeping the wheels of our economy turning.  The plight and invisibility of many workers makes them an easy target, vulnerable to the infringement of their labor, civil and human rights.

This is a sad and widespread reality that we have been documenting for many Trabajadoras (Latina workers) across the U.S. They fill traditionally underpaid occupations in industries where wages fall below poverty thresholds for families.  In these positions they are more likely to be robbed of their legally mandated wages, an issue that aggravates their already substandard income as they experience the widest wage gap among women.  Latinas earn a meager 60 cents for every dollar earned by a white man. These scanty wages limit the prospects Latina workers can offer themselves and their families.

Trabajadoras are the mothers of the fastest growing segment of the population in the nation. The numbers show that Latina workers stand 8 million strong, representing 12.8 percent of women in the U.S. workforce and a growing share of women in several industries and occupational sectors.  However, their reality in our society is far from the romanticized notion of the American Dream, where anyone who wants to work hard can make a decent living and provide better opportunities for their families.  For many Latinas, the cost of life in America means that they will hold jobs where they will be robbed of their hard-earned wages, paid less than their male and female counterparts, made to work in unsafe and unsanitary conditions and coerced into enduring unwanted sexual advances. These are just some of the grave issues that Latinas face at work and while these challenges deserve our immediate attention, shame, language barriers and immigration status combine to create a breeding ground for injustice.

For undocumented women the situation is even worse. One third of immigrant women are heads of their households. These families have poverty rates that are twice as high as married couple families at 38.7% and 18.5% respectively.  Overtime pay is just one of the many wage violations they face. When employers keep the well-earned wages they take a working woman’s opportunity to provide for her children. In the case of domestic workers in New York, the magnitude of financial hardship faced by Latinas in this sector resulted in the inability to make mortgage payments (37%), often going without food (21%) and not being able to pay their utility bills (25%).

Latinas are more likely to report being let go from a job while they were pregnant or within three months after child birth. This is alarming for the economic security and health access of Latinos, a community that is the least likely to be insured (38.9% lacked coverage in 2010) and many lack employer-provided health care.

For women, sexual harassment is one of many evils in the workplace yet it takes for the improprieties of public figures to surface for the public to learn about this growing and troublesome issue. The media spotlighted Dominique Strauss-Kahn and Herman Cain who faced multiple sexual harassment allegations and while the focus was on the tarnished reputation of high profile individuals, the widespread coverage brought much needed attention to an issue that affects the job quality and well-being of countless women in the U.S.

Latinas in the food and agriculture industry are subjected to some of the highest rates of sexual harassment.  This past year, one-third of all sexual discrimination claims were from within the restaurant industry alone where 22% of all workers are of Latino descent. In agriculture, a survey by the SPLC indicates that 77 percent of Latina farmworkers in the South report sexual harassment to be a “major problem” on the job.

As we seek to protect all workers on the job, immigration and labor issues collide.Studies reveal the unsettling reality Latinas face in low-wage sectors, indicating that women and Immigrants are the most vulnerable group to wage theft. Latino immigrants have the highest minimum wage violation rates of any racial/ethnic groups and the rates are even higher among women, especially if they are undocumented. Apart from being exposed to sexual harassment, Latinas are dying on the job due to workplace violence.  In 2010, half of all Latinas who died in the workplace were victims of assaults and violent acts.

Political views aside, if we are a nation of laws and we must uphold them, how do you compel workers to challenge the status quo and report abuses in the workplace when they fear deportation?  How do we motivate those whose immigration status keeps them silenced and oppressed at work and sanctioned by anti-immigrant policies and rhetoric in our communities?  Immigrant Latinas explain that speaking up is not always an option when employers threaten to report them to Immigration and Customs Enforcement (ICE) for lacking work authorization. These startling facts illustrate the importance of analyzing workplace issues through a gender lens to expose the injustices Latina workers experience from day to day.  Injustice will thrive in silence as long as workers are unaware about their labor rights and immigration status continues to be used as a tool to intimidate and retaliate against workers who are emboldened to protest the abuses.

We can do something to protect and empower Latinas in the workplace.  To raise awareness about how Latina women fare in U.S. society, educate them about their rights in the workplace and provide them with the resources they need to fight for justice in the workplace, the Labor Council of Latin American Advancement (LCLAA) has launched the “Trabajadoras” campaign.  In a commitment to workers’ rights, this campaign is a concerted, bilingual, community outreach and education effort to look at workplace issues with a gender lens and work to raise the standard for ALL Latina workers regardless of their immigration status.  We stand with Latinas across the nation to ensure that their labor, human and civil rights are fully respected because an injury to one is an injury to all.

Follow me at @hesanche and @LCLAA to learn more about our campaign and join me in our efforts to protect our hardworking Latinas.

Hector E. Sanchez is the Executive Director of LCLAA (Labor Council for Latin American Advancement). He has worked in Labor, education and non-profit organizations, and has over 10 years of policy, advocacy research and community outreach experience. He has become an indefatigable voice, highlighting systematic injustices against Latinos. Prior to coming to LCLAA, Sanchez was the DC-Mexico Policy Education Director at Global Exchange and he served as the Policy and Community Liaison for the Education Trust. He was also a professor of US-Mexico Relations at the Autonomous University of the City of Juarez, Mexico.