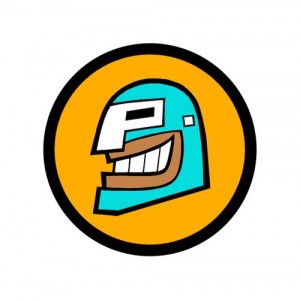 Pocho.com aims to be the go to place for Latinos in United States looking for their fix of satire and comedy. If the name sounds familiar, it may be because the site first premiered in the 1990s, under the  astute and hilarious direction of cartoonist Lalo Alcaraz.

In the 2012 incarnation, today is the site’s official launch, Alcaraz and the rest of the Pocho.com crew are bringing their Twitter and Facebook arsenal, as well as The Daily Show Senior Latino Correspondent Al Madrigal. Content on the site ranges from Alcaraz’s stinging cartoons, to video, to lists and other types of posts.

Alcaraz joked to NewsTaco that the site is now back because, “I decided to bring it back because I’m always 10 years ahead in my ideas and concepts, which is why most of the time people sit around and scratch their cabezas when they read my work. So I decided to sit on my hands and do absolutely nothing with Pocho.com until now, to let people catch up to me.”

The site notes that, “we want to provide you an antidote to the mainstream media’s attempts at pandering to your hot Latino ancestry,”  yet clarifies that the site is for everyone. While “pocho” has historically been applied to people of Mexican descent, Pocho.com wants to reimagine the word to apply to anyone who lives in two worlds, even noting “If you aren’t Latino, we love you anyway.  A Pocho can be a Latino-wannabe,  a Latino lover or just someone who is always mistaken for Latino (come on Middle Easterners, own it.)”

Alcaraz told us that now is the perfect time to relaunch the site because, “Pochismo has proven to be a national force in the United States, it is a phenomenon not only with Chicanos but with many groups in the U.S. Gringos are even falling all over themselves to try to be Latino-adjacent. We are just so damn cool everybody wants to be us.”

To prove this point, the Pocho.com crew includes non-Latinos and Latinos who are not of Mexican descent. And, full disclosure, we’ll be partnering with Pocho.com to provide some awesome content for you here at NewsTaco. For more information, here’s the website, Facebook  and Twitter pages.