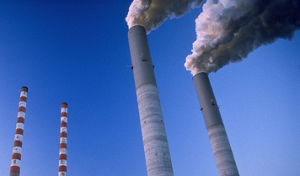 The Environmental Protection Agency is expected to announce new rules for mercury and other toxic emissions from coal-fired and oil-fired power plants. Anticipation of the rules sparked a firestorm within the fossil-fueled power industry and its political supporters, who say utilities will be forced to close out-dated, coal-fired power plants before a 2015 deadline.

Republicans like Texas Governor Rick Perry have said strict EPA enforcement will kill jobs and cause rolling blackouts. Environmentalists say the rules will save lives and spur economic development by forcing utilities to retrofit plants or invest in clean energy alternatives. The rules, however, were mandated by President George H.W. Bush when he signed the Clean Air Act of 1990. Intense lobbying by the power industry, among other factors, caused Presidents Clinton and George W. Bush to punt on enacting them.

So how does mercury affect everyday people?

Airborne mercury settles in water and accumulates in fish. Known to cause brain damage, mercury is especially dangerous for infants and young children. Power plants are responsible for 41% of the nation’s mercury emissions, while 39 percent of the Latino population lives within 30 miles of power plants, according to Martha H. Keating’s 2004 report, “Air of Injustice: How Air Pollution Affects the Health of Hispanics and Latinos.”

In Chicago’s Little Village and Pilsen neighborhoods, Latino residents have joined the Sierra Club to urge Mayor Rahm Emanuel to control emissions from a pair of coal-fired plants. The community has attributed asthma and other illness to the plants. According to the Pilsen Environmental Rights and Reform Organization, the plants emitted a combined 230 pounds of mercury from 2003 to 2004.

Here in Texas, we hold the dubious distinction of hosting five of the top 10 power plants with the nation’s worst mercury output, according to the Environmental Integrity Project (EIP), which ranked Texas No. 1 for U.S. mercury emissions.

In San Antonio, where 63.2% of the population is Hispanic, city leaders have been preparing to retire one of the city’s coal-fired power plants by 2018 in anticipation of the mercury rule. The city hopes to make its Deely plant, among the state’s worst mercury polluters, the first coal-fired power station to retire in Texas. In its place, the municipally-owned utility, CPS Energy, is investing in clean energy production from wind, solar power and a “clean coal” plant in West Texas.

San Antonio leaders have said the new, cleaner technology makes more sense – and will increase economic development – than upgrading the 1970s-era Deely plant to meet EPA regulations. San Antonio’s approach, if local leaders stick by it, will be a stark contrast to the rhetoric of state leaders.

Gov. Perry has called for an end to the EPA. The Electric Reliability Council of Texas (ERCOT), the state’s grid operator, says regulations could force coal plants to shutter, reducing the reliability of our electric production. ERCOT argued that the state would face blackouts if it experiences the same extreme weather that led to lengthy freezes last winter and the record heat that led Perry to pray for rain.

EPA’s mercury rule also presents an opportunity to curb the power plant carbon emissions that the International Panel on Climate Change links to global warming. It’s yet another reason why some conservatives, skeptical of climate science, oppose EPA regulations that threaten the industries they dominate. In San Antonio – which was recently ranked No. 1 for “Best Performing Cities” by the Milken Institute – Mayor Julian Castro and his predecessor, Phil Hardberger, have said they assume man-made climate change is real. For them, the EPA rules presented an opportunity to lower mercury and carbon emission while stimulating economic development.

San Antonio has good buzz right now, but it also has many problems, like how to balance the environmental concerns of the Eagle Ford Shale boom with unprecedented economic growth. However, politicos and utility companies might want to pay attention to the way San Antonio approaches the confluence of environment and economy following release of the EPA mercury rule.

Robert Crowe is a freelance writer who lives in San Antonio and writes about renewable energy and sustainability (and now sports).