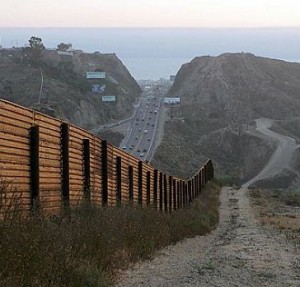 The number of undocumented immigrants apprehended at the U.S.-Mexico border in the past fiscal year dropped to the lowest it’s been since the 1970s.

According to statistics from the Department of Homeland Security released in late November, the total number of apprehensions, 327,577, is 53.5% lower than it was in 2008. The peak was in 2000, when 1.6 million undocumented immigrants were caught at the border, with more than 90% of them being Mexican.

As previously reported on La Plaza, the dramatic drop in attempted border crossings has been attributed by experts to the flailing U.S. economy, the increase in border officers and technology and the dangers presented by violent drug cartels that have seized control of smuggling routes.

“No one wants to hear it, but the flow has already stopped,” said Douglas S. Massey, co-Director of the Mexican Migration Project at Princeton. “For the first time in 60 years, the net traffic has gone to zero and is probably a little bit negative.”

The drop can also be explained by a period of economic and political progress in Mexico. Over the last several years poverty has slowly decreased in the country and educational outcomes have improved. In one of Mexico’s poorest states, Oaxaca, the number of professional degree holders more than doubled since 2000 from 244,322 to 525,874 in 2010.

Experts also believe the significant drop has the ability to drive the immigration reform debate forward. Comprehensive immigration reform has been stalled in Congress, with some like President Obama supporting the creation of a pathway to legal status and others pushing to kick out all undocumented immigrants.

The downward trend is troublesome to some, who believe the drop can have an impact on U.S. labor and the economy.

“At the point where the U.S. needs the workers again, there will be fewer of them,” said Jeffrey S. Passel of the Pew Hispanic Center.