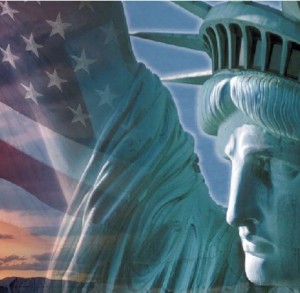 A new poll found that a substantial majority of Americans would prefer allowing some or all undocumented immigrants to remain in the U.S.

The United Technologies/National Journal Congressional Connection poll asked 1,008 adults what should be done with respect to the roughly 11 million undocumented immigrants in the country. Of the individuals polled, 39% said the U.S. should “deport some, but allow those who have been here for many years and have broken no other laws to stay here legally.”

The answer is significant in light of the recent findings by the Pew Hispanic Center, as previously reported by La Plaza, that the majority of undocumented immigrants have lived in the U.S. for over 10 years.

The poll also found that 28% of Americans feel undocumented immigrants should be allowed “to stay, provided they have broken no other laws and commit to learning English and U.S. history,” while only 25% supported the option of deporting every single undocumented immigrant in the country.

The poll’s response options roughly correlate to the immigration stances of the GOP presidential frontrunners Newt Gingrich and Mitt Romney, as well as President Obama’s, who has shown support for providing a pathway to citizenship for undocumented immigrants who have committed no other crimes as long as they meet requirements like learning English.