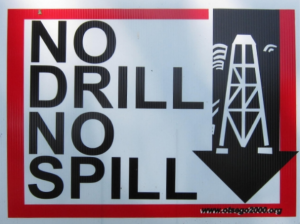 So here we are again visiting the subject of the developing oil and gas field by intensive fracking technologies in a wide swath of South Texas counties. The Eagle Ford Shale is an oil and gas field that carries over into northeastern Mexico and its states of Tamaulipas, Coahuila and Nuevo León, but which most of the Texas or U.S.-based maps available online do not show. All things end at the border, as if the world’s economy were organized that way.  The reality is far different.

Touted as perhaps Texas’ largest oil (and gas) discovery on record by boosters, the Eagle Ford Shale has been attracting serious international economic investment. In San Antonio alone Halliburton is set to spend $50 million on a 400,000 square-foot base and hire 1,100 people. But its worldwide appeal has drawn capital not only from the US, but from large energy companies in Australia, China, India and Korea, for example.

The upside in this story is that thousands of workers — including huge numbers of Mexican American workers — are being employed in a variety of jobs. Former Clinton-era Cabinet member and San Antonio mayor Henry Cisneros sounds ecstatic in a recent report about the prospects of huge investments coming to South San Antonio; and similar views have been expressed by South Texas Democratic Congressman Rubén Hinojosa.

Both politicians are exemplary of the predominant tendency witnessed to date focused strictly on the jobs end of the deal, particularly those for Mexican American workers in their respective areas. They’re banking on public opinion being on their side by making the case: Who can argue with creating jobs amidst the worst economic depression the nation has experienced since the 1930s? If so, then I would argue that labor unions ought to enter the equation if this is to be the case — surely workers would get a better deal.

But, alas, in a right-to-work state, even the most progressive of elected Mexican American federal or state officials avoid the argument.

For the most part the politicians are not talking about the severe public health consequences that growing national evidence indicates accrues with fracking technologies in affected regions. To date, Democratic politicians in Texas have not produced an environmental champion willing to face the array of economic interests behind the exploitation of the Eagle Ford Shale. Such a South Texas champion would stand for protecting the peoples’ health and natural environment above what we all know to be a limited-time-only boom. It will have to be the people once again who rise to their own defense and well-being to lead the way.

By now there are literally hundreds of oil and gas wells that have been drilled or fracked in the Eagle Ford Shale. Many thousands more are yet to be drilled presumably if one believes the hype (read the booster articles promoting the boon). The inevitable downside is the great harm to the environment that fracking is causing, and yet no public officials are publicly concerned about it for the aforementioned reasons related to the argument that jobs trump the environment — and the pesky environmentalists — in the region.

The problem for corporate interests is that many of the environmentalists concerned with fracking the nation over tend to be ordinary local folks who quickly discover the dire consequences that come with the much-touted economic benefits. Typically, it is only the economic benefits that are directly touted by the corporate press and the corporate politicos local, state and federal. Here and there one sees vigilance in the local and regional press, including the work of the Eagle Pass Business Journal, which has critically documented and opposed a hazardous proposed gigantic open pit strip coal mining project in that community (Maverick County). The same applies with the LareDOS: A Journal of the Borderlands, which has and continues to provide the most informative critical press coverage of the Eagle Ford Shales’ negative environmental effects in Webb, La Salle, Zapata, and other adjoining counties. [Editor’s Note: The author has published in both publications and is related to the publisher of the EPBJ.]

The booster and corporate press do not mention that each gas or oil well takes millions of gallons of precious fresh water to bring into development and generates an equally ginormous problem of disposing of the contaminated water used in that very same process. This is water that is often leached or returned to the environment though.  Such contaminated water is heavily laced with unknown cancer-causing chemical cocktails that the industry has successfully resisted revealing by law up until now. In North Texas, in the City of Denton, where the Barnett Shale is being exploited, there was a case a few weeks ago that made the front page of the Denton Record-Chronicle in which workers at a nearby gas well were releasing untold gallons of this contaminated fracking water directly into a local creek. But they were caught in the act. Clearly, they hadn’t expected to be caught. And because of lax-to-non-existing state and federal regulations, what are the consequences for these workers and their corporate employer for having done so?  Never mind that in the North Texas metropolitan region all creeks empty into man-made reservoirs that provide the densely urbanized area’s entire water needs.

The fossil fuel industry’s inordinate lobbying power is expressed legally through millions spent paying for corporate-friendly politicians’ campaigns on both sides of the partisan aisle.  Republican politicians have nonetheless distinguished themselves for wanting to do away with all laws regulating clean air, water, and the environment generally. Their proposals since the November 2010 midterm elections have been utterly crass and constitute class warfare of the worst kind, not witnessed in this country since the Gilded Age in the eyes of many contemporary observers.

Then there’s the pesky problem that Mother Nature is being uncooperative with the billions of dollars being made and invested, as the U.S. and Mexico’s national weather service report. The region is a semi-desert area that receives annually on average about 20 inches and less usually of rainfall. Add a current and lasting extreme drought affecting the region that is the worst in living memory and the problem with the millions of gallons in fresh water used to frack oil and gas in the Eagle Ford Shale is multiplied. As yet, no effective environmental movement has stopped the continued development of the Eagle Ford Shale. And no one is holding their breath thinking local, state and federal politicians will do it either.

Dr. Roberto R. Calderón is Associate Professor of History at the University of North Texas.