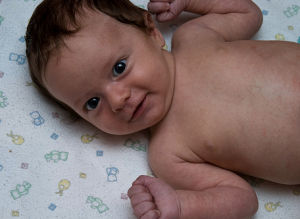 Since 2007, the number of Latino babies born in the U.S. has dropped by 11% — or below 1 million in 2010. This is particularly of interest because it has been births — not immigration — driving growth of the Latino population in the U.S. And the immigration for Mexico has also been in sharp decline during the recession.

Everyone is having less babies now due to economic concerns, but the sharpest decline was for Latinos, according to USA Today. So less babies and immigration means the growth of Latinos in the U.S. is slowing down — due i n no small part, no doubt, that this group was the hardest hit by the recession. According to the report:

Hispanic birthrates tumbled 17.6% in three years — from 97.4 births per 1,000 women ages 15 to 44 to 80.3 last year, according to preliminary 2010 data released this month by the National Center for Health Statistics.