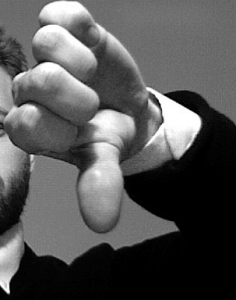 The people that get most upset about what I write are almost always Latino men.

I’m not stereotyping or exaggerating — this is simply a fact. Nearly all of the hate mail that I’ve received after publishing certain articles has been from Latinos. This makes me uneasy, and I don’t even know how to unpack it. I’ll likely receive more hate mail just for saying that. I’d also like to make it clear that my writing comes from my lived experiences and particular perspective. I’m not claiming universal truths — but simply describing my own personal reality. If that offends you, I am not sorry.

I grew up witnessing all forms of machismo.

I saw mothers coddle their sons so much they didn’t know how to do anything for themselves. Many times they grew up to be men who don’t even know how to fix themselves a plate of food or wash a dish. The girls were always expected to learn all sorts of chores while the boys enjoyed the domestic pampering. I also grew up seeing men cheat on their wives, duplicitous lives enabled by their mothers.

Latino men are the ones who have most insulted my intellect and tried to “teach me” how I should navigate the world. I have gotten into so many arguments since I began my blog. Most of them began after I was basically told how ignorant and wrong I was on a particular topic. That little Mexican woman is an imbecile! I must show her the error of her ways. I have also been accused of internalized racism and “selling out,” which if you knew me at all, you’d know how incredibly wrong that statement is.

That’s not to suggest that other men haven’t insulted me or been condescending to me, but I can’t deny that it happens much more frequently among my own people. It actually hurts me to realize that. It’s even harder for me to write it. I was genuinely shocked that so many Latino men were offended by my article about my interracial relationship. Nowhere in my article did I say that I shunned Latino men. In fact, my plan was to marry one, but my boyfriend, who happens to be white, was the only man that allowed me to be myself and respected me as a woman, an intellectual, and human being.

I assume that, in some ways, the entitled attitude stems from the servitude they received from their mothers and other female family members. It comes from the notion that women exist to only serve their needs. They must feel that I, a Mexican woman, should shut my mouth, and that it’s their duty to tell me what to think. I can’t help but I’m grateful that I’ve known so many men that have not perpetuated this behavior or attitude. My brother grew up to be a great husband and father, for example. My male Latino friends are kind, compassionate, and egalitarian.

To the rest I say: I have come this far all by myself. I don’t need your help.